The Best of the Clan of Mahlou Blog: My Conversion Story 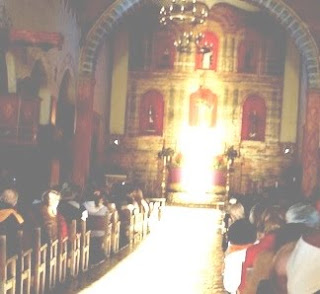 I spent the first five-plus decades of my life as a confirmed atheist. It was not that I had never heard about God. I simply did not think God existed, and I felt sorry for those I considered deluded into thinking that there was a divinity that they could lean on in hard times. I prided myself on my ability to handle many different kinds of challenges -- financial crises, abusive childhood, disabled children, educational barriers -- without having to "dream up" a divinity for support.

Boy, was I in for a surprise, and I did not see it coming! So, without further ado, here is the story, quite compressed.
Part I. Saying Grace 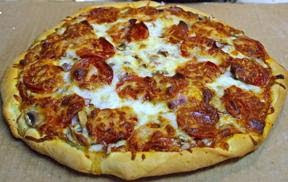 I had just moved back to the USA from Jordan, after all opportunities for staying over there evaporated, something that I have come to believe was God's way of shepherding me into His fold. One of my employees, rather a low-ranking one, whom I will call Jean, was working on a special project that required overtime work once a week. I took to staying to help, to provide some support, since I considered the project quite important. Because we worked through dinner, we went out to dinner after we called it quits for the evening.The first week we went out, Jean announced that she would like to say grace. I explained that I was an atheist, but that she was welcome to say grace for herself. I patiently waited for her to do that. The second week, the same thing happened. The third week, she announced that it was my turn to say grace. Flabbergasted, I told her that atheists do not say grace. She insisted, and I continued to refuse. She refused to eat unless I did. I thought that this was pretty pushy for an employee. Later Jean told me that she, too, thought it was pushy but that she seemed to have no control over the situation: she had no idea why she said why she said what she did; the words tumbled out by themselves and surprised even her.Well, with supper getting cold, and Jean quite adamant about not eating until grace was said, I figured that the easiest way out of this dilemma was to say something. What harm could a few words do?I suppose it was the words I chose that sealed the direction my life would subsequently take. A bit indignant about the situation I had found myself in, I decided to say something irreverent for Jean's benefit, pulling together bits and pieces of what I thought belonged in a grace, along with words that I thought would "prove" to Jean that she was deluded in her faith. I will never forget the words I chose: "Dear God, bless this food, and if You exist, bless us with Your presence."So, grace over, I reached for a piece of pizza, and so did Jean. But neither of us took even one bite because we suddenly had Presence! I am so glad I was not alone. First, God gave me a witness (Jean) to this most extraordinary contact. Second, I found the experience overwhelming and unnerving (and it takes a lot to overwhelm and unnerve me); I was happy not to be alone with it.Jean and I did not eat dinner that night. We talked in rambling sentences until the restaurant closed, and we had to leave. Then we walked along the beach until 1:00 in the morning, still talking in rambling sentences, still feeling very much that we were walking as a threesome. Neither of us remembers a word of what we said. I tried to ignore the Presence the whole evening. Jean later told me that she had the opposite reaction: she reveled in it. I cannot remember when my discomfort level has been higher. I did not want to be alone. I did not want to leave Jean, who did not seem to be wigging out the way I was doing inside and trying hard not to let Jean know. However, by the wee hours of the morning, we both realized that we had to go home so that we could get up in the morning to go to work.The problem was that the sense of God's presence (which I would not admit as really God's presence) did not leave me for the next two weeks. I do not remember anything I did at work during those two weeks. I was totally preoccupied with this sense of presence and wanting to run away from it, but there it was at every turn. I turned to the Bible, not to learn anything from it but to fight. I tried to find all kinds of reasons that the texts in the Bible were wrong. I wrote long enotes to Jean on a daily basis -- long, incoherent, ranting enotes about the delusions of everyone and everything that had any hint of spirituality. She later told me that it was like I was having an electronic temper tantrum.Jean was not the only one who heard from me during this two-week period. I questioned God. I argued with God. I accused God of bad things. But, fortunately, He was patient with me. I felt like I was caught in a cosmic nutcracker that kept gently and insistently trying to open me up.Then, at the end of two weeks something remarkable happened.Part II. Finding Grace 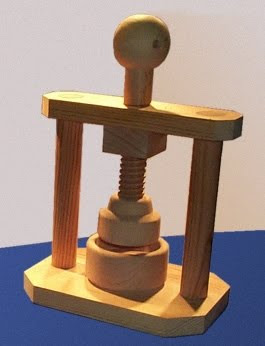