Showing posts matching the search for colorectal
Show all

Cancer Diary: High Heat/Charred Meat, a Surreptitious Potential (Likely?) Cause of Some Kinds of Cancer 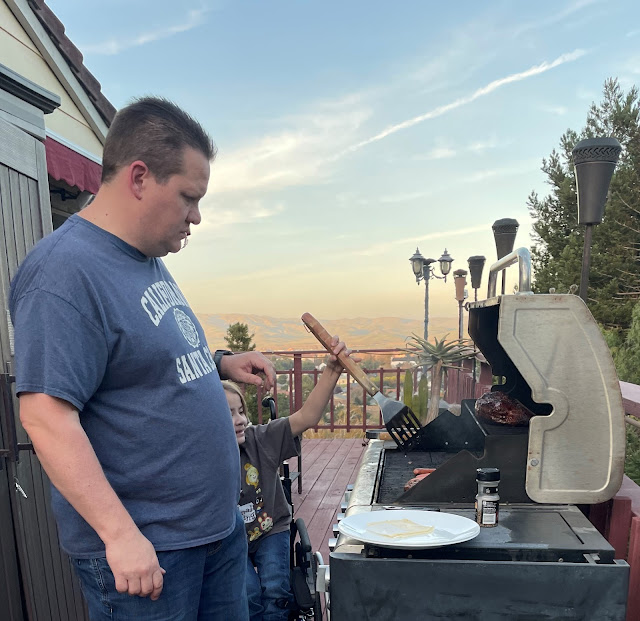 We love grilling. Carl had quite a reputation for grilling hamburgers, hot dogs, salmon, and more, a tradition carried on by his children (son Shawn in the picture) and grandchildren (granddaughter Neela in the picture). Friends, family, and neighbors always loved coming by for Carl's BBQs.  Then, Carl fell and was diagnosed with stage 4 Cancer of Unknown Primary , which is an aggressive cancer, leaving little time to cope with rapid changes , let alone grilling or any kind of final fun. His oncologist thought that the primary probably was in the GI tract. Carl had skipped his colonoscopy (no one should ever do that). He was treated with a generic mix of chemicals as well as a mixture for colorectal cancer. It was too late! What we never realized during all those years of grilling was the potential connection between grilling and cancer. Had we known that, maybe Carl would have grilled less or differently. Perhaps he would have been more diligent about getting his colonoscopy. By
Post a Comment
Read more