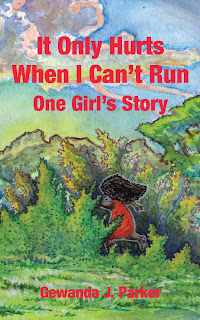 Wonderful, well-deserved review by US Review of Books of Gewanda Parker's great book, It Only Hurts When I Can't Run. Oma (the author’s name for the little girl she once was) wanted to love her mother Binta, a woman who could be generous, creative, and kind at times—but at other times, driven by her addiction, Binta's eyes became "narrowed and watery, displaying a look of meanness." From an early age, Oma tried to hide, then to run away, from the addictive patterns of the one person she should have been able to trust. The enraged, addicted Binta beat her with hands, a belt, even a belt buckle (the same belt used as part of the paraphernalia of her mother's heroin habit). Men in her mother's lives sexually abused Oma, starting when she was only five. Oma was shunted through numerous foster care situations. As she got older she grew better able to resist the negative forces in her life. She experienced a religious conversion that gave her strength.
Post a Comment
Read more 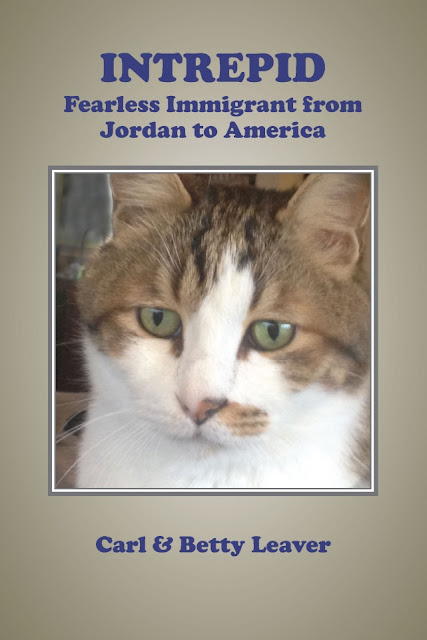 Excerpt from Intrepid: Fearless Immigrant from Jordan to America (Leaver & Leaver): A Tenuous Beginning We do not know just how Intrepid got his start. We met him as a squalling, bird-legged, rough-furred, unkempt, insatiably hungry kitten of just a few weeks, being delivered to us by the hands of Ahmed, a professor of history at New York Institute of Technology in Amman when we were living and working in Jordan. Since our landlord hardly delighted in our adopting additional cats (we already had several that we had rescued from the streets), we typically brought them upstairs to our third- floor apartment, past his first-floor door, in cages, quietly. There was and would be nothing quiet about Intrepid, though. As Ahmed mounted one stair after another the squalls radiated in ever-increasing intensity. Clearly, Intrepid had had a difficult start. A kitten so little (perhaps 4-5 weeks—a guess) could not have been weaned from its mother. Very likely, the mother had died
Post a Comment
Read more 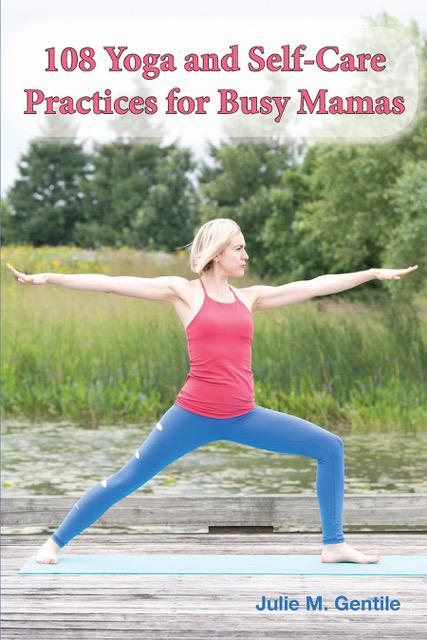 Yes, it is out!! Chock full of help for mothers who want to stay fit physically and mentally.  At the MSI Press webstore. At online booksellers. And, before anyone else has had a chance to stock it, at Barbara's Bookstore in the Chicago area.
Post a Comment
Read more 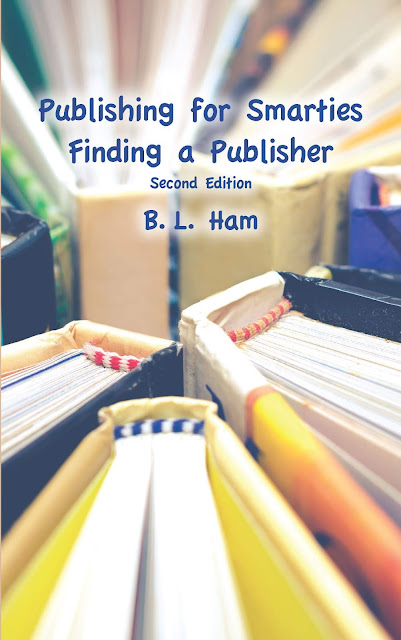 Out this month, the updated version of Publishing for Smarties: Finding  a Publisher by B. L. Ham. Here is what MidWest Book Review had to say about it: Synopsis: Now in a newly revised and expanded second edition, "Publishing for Smarties: Finding a Publisher" by B. L. Ham is specifically written for aspiring authors having trouble getting their book published, as well as new authors wanting to avoid the long wait through dozens of submissions as publishers they have submitted to seek find a writer whose work they would be amendable to publishing. Written from the perspective of an acquisitions editor for a publishing house who has also served as a reader and adviser for acquisitions editors at presses ranging from small to large to the leading presses in her field, B. L. Ham wants to help new writers navigate the confusing myriad choices in finding a publisher. Typical missteps of new authors are presented, along with criteria for making decisions on choosing
Post a Comment
Read more 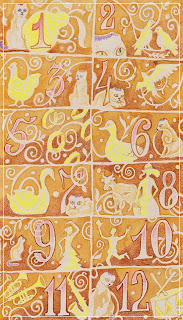 Sula, the parish cat at Old Mission San Juan Bautista, is quite a famous cat. Google her, and you will find lots of pictures and references. She has appeared as the lead article in Guideposts Magazine and in A ll Creatures Magazine -- and she has written six books of her own, including one in Spanish. The excerpt below is from one of her earlier books, a beloved one that was illustrated by the late Zhenya Yanovich, a Russian artist of growing esteem. The 12 Days of Christmas The twelve days of Christmas refer to the period extending from Christmas to Epiphany. The song you just read and maybe even sang in your head is well known both to Catholics and to those not in the Church. It is a secular tribute to something sacred, but many people do not know the sacred part. Do you know that there are three feasts during the 12 days of Christmas? They date from the fifth century and all focus on the incarnation of the Word of God (Christ) as the baby Jesus, human like us—well, like
Post a Comment
Read more 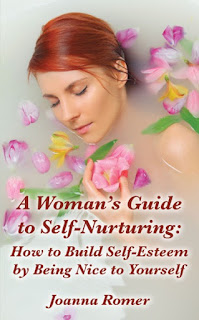 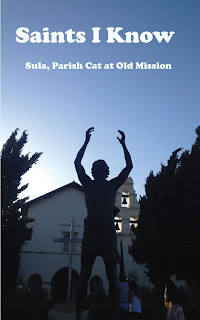