Did you know that the dog had a cat friend in Travels with Elly by MacDonald? 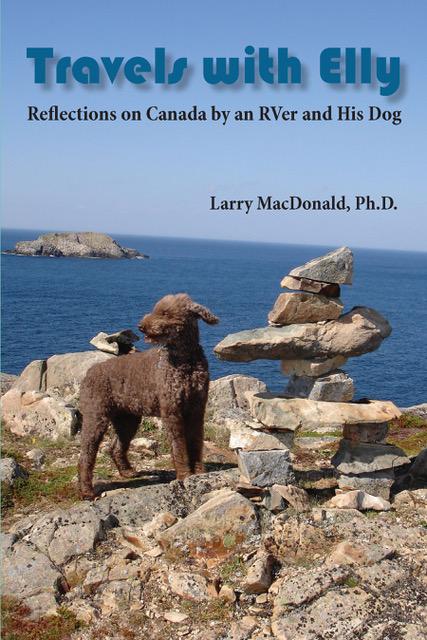 Yes, Elly had a friend, Buster, a cat, who made the RV trip across Canada with her. Buster was apparently not a very good traveler at first, but adapted with time and experience. Here are some times the cat appears in the book:

Buster is a Rag Doll breed of cat whose defining characteristic is going limp when he’s picked up. Having grown up with Elly, the slightly older Buster established himself early on as Alpha and maintained that relationship by a swat or nip on Elly’s hindquarters when he decided a playful interlude was over. While Elly was always a great traveler, Buster had some issues, even before our trip began. He occasionally upchucked if a road became too twisty or bumpy for more than 10 or 15 minutes. Buster’s problem behavior stopped suddenly and permanently during our trip, much to our delight. When appropriate, I’ll offer my opinion as to why.

Our departure date of July 1 coincided with Canada Day, a statutory holiday for citizens to celebrate the birth of Canada. We would learn the details of this birthing process during our visit to Prince Edward Island, the province where it all started 142 years ago. In spite of the anticipated heavy traffic, we chose to join the masses headed to the ferry terminal south of the city. About 15 minutes along a twisty stretch of highway, Buster reliably reviewed his breakfast in a towel we kept handy for such emergencies.

Following the shoreline of Kootenay Lake, we headed south on the twistiest stretch of road since the beginning of our trip. Buster threw up reliably after 15 minutes, but just once during more than an hour of weaving. We didn’t know it at the time, but that would be his last adverse reac- Larry MacDonald, Ph.D. 18 tion to curvy roads. I assumed that prolonged exposure to curves allowed Buster to relax instead of getting anxious. In psychology, a similar outcome occurs when Implosive Therapy is used to cure phobias. If a patient has an irrational fear, for example of spiders, treatment involves the psychologist “imploding” or flooding the person with images of spiders crawling on their arms and legs, or even in their ears and mouth. Prolonged exposure to these worst-case scenarios results in a lessening of anxiety as the person learns that no adverse consequences follow. Had I known that a cure for Buster’s malady was simply prolonged exposure to curvy roads, I would have driven that shoreline years ago. 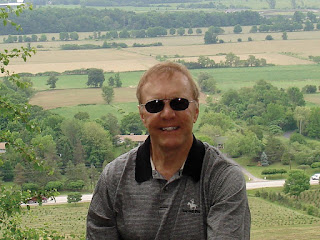 For more posts about Travels with Elly and MacDonald's other books, click HERE.

(Travels with Elly was a finalist in the animal book category of American Book Fest's Best Book Awards.)