A Valentine Story across Oceans and Decades: Excerpt from Road to Damascus (Imady): Maktoub 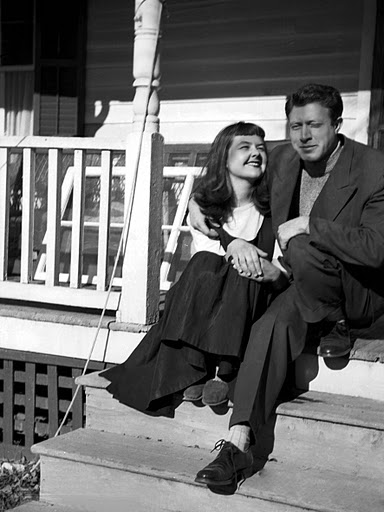 Arabs say that from the day of your birth the name of your beloved is invisibly engraved on your forehead. Perhaps this is true and explains the mysterious flicker of recognition I felt the day we met.

December 15, 1955 was a cold, overcast Thursday, and snowflakes were swirling down from dark skies, blown by gusts of biting, cold wind. I took the earliest bus into the city, and, as I hurried up the steps of the Main Building of New York University, I glanced at my watch. Eight o’clock. Good, I thought, three hours to review for my Russian exam at eleven. I had to do well because the possibility of a full scholarship hung on my grades this semester.

Looking back, I know it was actually fate that propelled me out of bed before dawn that day. Fate, destiny–the Arabs have a better word for it. They would say our meeting was maktoub or “written”. Omar Khayyam put it nicely: “The Moving Finger writes; and, having writ,/ Moves on: nor all thy Piety nor Wit/ Shall lure it back to cancel half a Line….”

I pushed open the heavy door of Reading Room 202, easing myself and my heavy load of books into the vast and quiet study hall. Pausing to shake the snow off the hood of my duffle coat, I headed for my usual table near the windows facing Washington Square Park.

Suddenly, a student at this table got to his feet and said, “Mademoiselle, may I hang your coat?” I handed him my coat wordlessly, stunned by his good looks, his French accent and his old-world courtesy. European, I thought, French, maybe Polish or Scandinavian.

He hung my coat on the clothes tree, pulled out a chair and sat me down next to him. I dutifully opened my Russian book but knew he was staring at me. I raised my head, and our eyes met. His gray-green eyes were shining. He smiled and asked me with ingenuous directness, “Have you seen film Bandora?”

I didn’t answer immediately, not sure what he had said, so he leaned forward and repeated the immortal words that have become legend in our family: “Have you seen film Bandora?”

“Ava Gardner?” I laughed at this absurd idea.

Years later, I learned that this movie was actually called Pandora and the Flying Dutchman, but, to this day, I have never seen it nor can I find the slightest resemblance between Ava Gardner and me.

However, I have to admit this was a novel way to begin a conversation, and he had succeeded in getting my complete attention. I closed my Russian book and looked him over. This strangely familiar young man was strikingly handsome. His fair, pink-cheeked face was topped by dark-blond, wavy hair and punctuated by a deep chin dimple. Not only his accent, but also his clothes marked him as a foreigner. He wore a gray turtleneck sweater under his suit jacket, somehow making me picture him on skis. The sweater looked either very expensive or hand-knit, and the shoulder pads of his jacket were too wide. And who wore a suit with a turtleneck sweater in the fifties?

As we smiled at each other, there was a frisson, a feeling that somehow we knew each other. Time seemed to slow down while somewhere, where these things are decided, signals flashed, gears were engaged and our lives changed direction forever. Unknowingly, I had taken the first step on the road to Damascus.

Our names were a mutual surprise. He balked at the name Mildred. “Meeldrrred,” he repeated doubtfully after me, strongly rolling the r’s. Then he frowned and asked if I didn’t have any other name. Happily I told him my middle name was Elaine, and I have been Elaine from that day on.

In turn, his name, Mohammed, was certainly unexpected, and I was now at a complete loss as to what his nationality might be. Syrian, he said, but that didn’t help. The only thing that came to mind was Byron’s "The Assyrians came down like the wolf on the fold." Assyrians, Syrians–were they the same?

Damascus was yet another surprise. To me, it was a Biblical city. Did it still exist? The Middle East had not yet landed on the world stage in 1955, and, like many American college students then, I had only a dim mental picture of the area. I am ashamed to admit that I didn’t even know that Syrians were Arabs. Arabs, I thought, lived in Arabia. Oddly enough, I had heard of Palmyra and Queen Zenobia and, of course, Damascus and St. Paul but had no idea all these were part of the history of Syria.

We spent the entire morning talking, and I learned he was a graduate student who had arrived in New York only a month earlier and was currently taking an intensive English course. We talked about our studies–his, economics, and mine, English literature–our families–his large and mine small, and discovered we both loved cats. In passing, he mentioned that, being a Muslim, he did not drink, welcome news to me, the child of an alcoholic father.

Suddenly it was noon, and we had lunch together in the university cafeteria. Before parting we arranged to meet in the same study hall the next day. That afternoon I checked out a book from the library on Syria, but I did not take my Russian exam and I did not get the scholarship. However, that evening I told my mother that I’d met the man I was going to marry (she laughed), and seven months later I did just that.

When we had been married thirty years or more, Mohammed told me the startling fact that he had noticed me in the halls of NYU before we met and determined to get to know me. In the fifties, NYU was the largest private university in America, and we students called it “The Factory,” so it is hard to imagine I had been noticed, let alone singled out even before the day fate brought us together. This only reinforces my belief it was no accident we met. 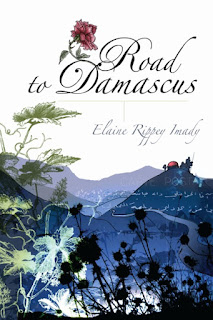 Read more posts about Elaine Imady and her book HERE.