What Would Shelly Think? MSI Press Author Moves from California to Portugal 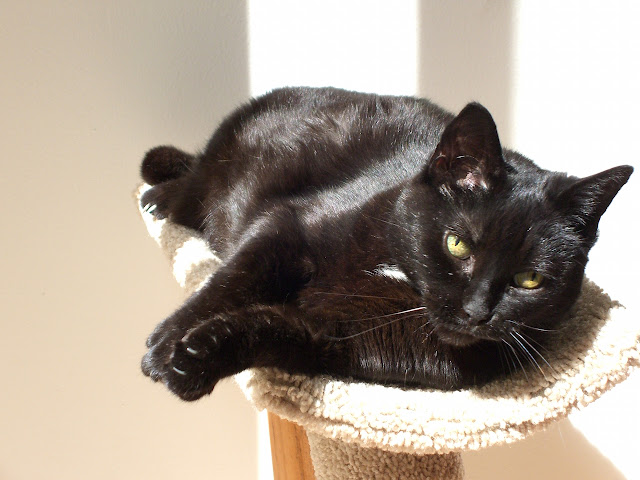 Jeremy Feig, MSI Press author of the award-winning book, How My Cat Made Me a Better Man, inspired by his silky black and highly pragmatic late cat, Shelly, wrote recently that he and his family (wife and young daughter) had moved from Santa Monica, California to Cascais, Portugal in December.

Say what? That is what I imagine Shelly would say.

They pulled up roots and moved half a world away. Now, for a cat, that is a bit distressing. They don't like to change their habitats, and Shelly certainly was complete owner of her habitat in Santa Monica. However, Santa Monica is on the coast, and so is Cascais. Just perhaps Shelly could have found some way to feel at home in the new location.

"We were looking to shake up our lives up a bit," Jeremy wrote. Very likely, Shelly would have agreed that he had succeeded. Nothing like moving to another geographic location, where everything looks different, the language is different, and you are now the minority. Still, Shelly would have found the practical advantages, felt comfortable because having your staff (Jeremy) there is 80% of the comfort level needed by a cat--after all, most of the important things in life are right there in our families. Shelly knew things like that.

Jeremy said he found the move challenging, especially because it was another country and took place in the middle of the pandemic. Fortunately, Portugal was accepting Americans. Many countries were not. In the book, Shelly has some things to say about challenges; she would likely have honed her understanding even more were she to have been around when the move took place.

Cascais is a lovely place along the coast that's full of hills and covered with cobblestones. While Jeremy can’t travel outside the city as much as he’d like to, he's enjoying taking long walks in the neighborhood, exploring parks filled with wandering peacocks and eating tasty local seafood. Shelly would likely have thought that is just what Jeremy should be doing. 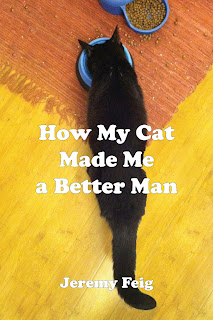 For posts about Shelly, Jeremy, and the book, click HERE.