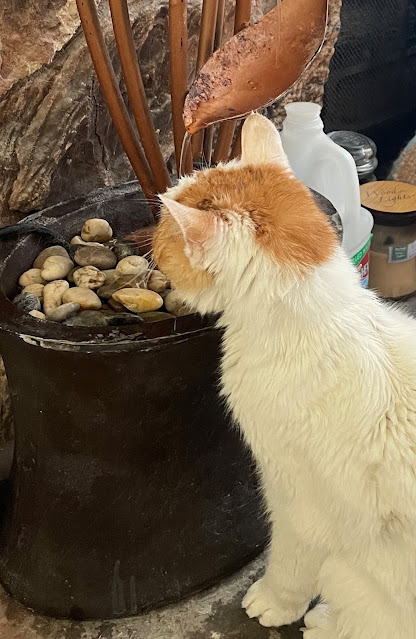 Murjan went over the rainbow bridge tonight after a valiant three years of fighting lymphoma and with such indomitable spirit that even on Sunday, after his hydration, he jumped down from the chair he was on, certain that he still had the springing power that he has always had. But he fell and landed on his side. Clearly, he hours were numbered.

His last days and hours were so typical of cancer patients. (Check the MSI Press website in a few weeks; there are plans for a cancer resource page for people and animals -- those questions that one can never find an answer to in spite of how much time you spend on Google; the tentative page name is Carlr's Cancer Compendium. And check out the book on cancer by Sula, Parish Cat at Old Mission) First, the chemotherapy stopped working. Then Murjan lost interest in food, then in drink -- and then his spirit left his body. Just like his owner, MSI Press graphic designer, Carl Leaver, a month earlier.

Murjan was born in Jordan and moved to San Juan Bautista as a 3-year-old. He was 18 1/2 when he died, a very long life for a cat -- most of it healthy.

Murjan was the alpha cat, and the five cats in his family that he left behind are wandering around, as if they are lost. One, perhaps Happy Cat, will become the new alpha, but for now, Murjan's departure has left a hole in his cat family and his human family.

He mourned Intrepid, a kitten he raised, for a year after Intrepid's death, sleeping in the carrier that Intrepid used to go to the vet on his last trip, when he was hospitalized and then died. In time, like Intrepid, his life story may be related in a book for he was a very unique cat (as can be seen in the photo as he drinks from his favorite "water dish.") 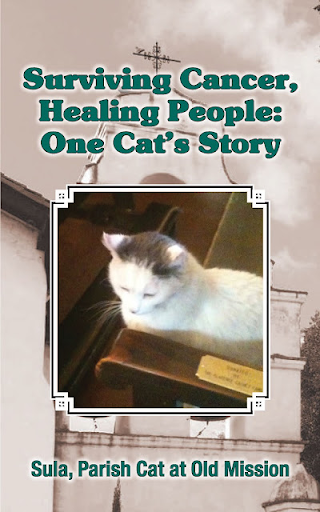 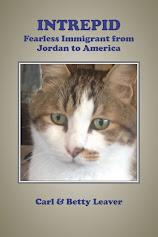