When Pets Are Dying: Help in Understanding the Process and the Decisions 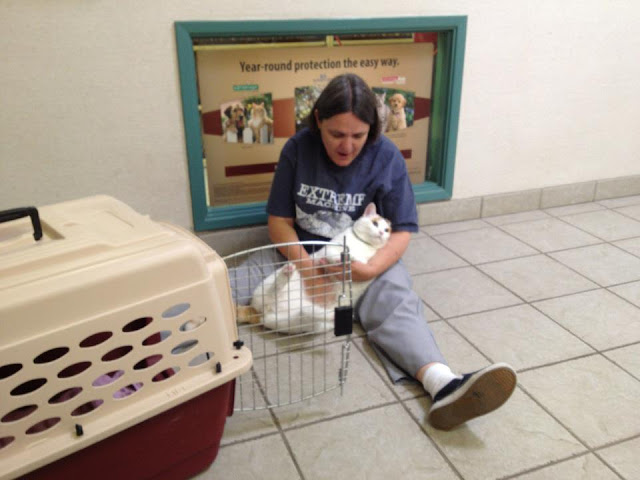 When my beloved Murjan was dying from cancer, I was desperate for information, but my husband was dying from cancer at the same time, which gave me very little time for seeking out answers. Murjan was almost 19 years old and had been on chemotherapy for three years. His vet did not know how to help him further, but she apparently did not want to admit that -- and subconsciously I did not want to admit that she did not know what to do and had essentially given up on him. I was unable to get timely appointments, or any appointments at all, even in the emergency room.

We do not have any vets in town. I have to travel no matter what. Murjan's vet was located an hour north of us. To get help, I contacted other vets. A vet to the west of us recommended hydration, and so we stated hydrating Murjan every other day. His vet to the north allowed as to how that might help. But Murjan kept losing weight. He was down to 5 pounds (from 16 pounds) when he died. 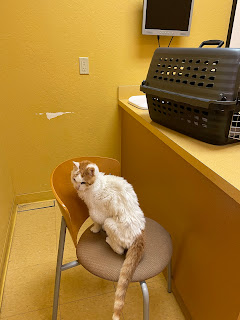 Finally, a vet to the south of us said aloud in a way I understood what Murjan's vet circumlocuted (if she even was thinking along those lines: Murjan had reached the point that he had outlived the effectiveness of the chemotherapy. Although Murjan was disarmingly agile, jumping down from the exam table and then over to the sink for some water, then walking around the room, exploring, and then jumping back up onto the exam table, she saw through his strength of will to realize that he was winding down his life. She told us things the other vets had not: he was not eating well because he was not attracted to food -- that is a way in which the body winds down; she predicted he had about four days left (and she was spookily precise). 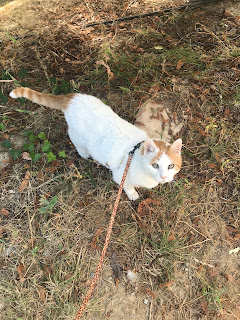 Three days later, Murjan asked to take a walk -- he loved walking on his leash. And even though he was a fraction of the robust size he used to be and the leash no way would have been able to control had he wanted to simply walk out of it, he had so undergrown it. He had no interest in exploring; he was looking for dark places -- to die. He stopped drinking that day, and he let me carry him back up the stairs into the house although he had gone down them on his own. The next day, the fourth, was his last. If only the first vet had been able to walk us through these stages of dying the way the vet to the south had, though it was only the last day.

Fortunately, to some extent, I recognized the stages of dying because, sadly, they paralleled those of Carl. We (his family) felt more in control and aware than I did with Murjan, thanks to a little book on the stages of dying, Gone from My Sight, by a hospice nurse, Barbara Karnes, who has put on paper the things that family caregivers need to know but would not think to ask because they would not know what to ask.

After Murjan died, I came across another little book that would have have been so reassuring for me had I had it earlier, also written by Barbara Karnes: A Place in My Heart: When Pets Die. Here is the description of this book on the Amazon page:

"We can be as much at a loss when our pet is dying, as we are when a person is dying, yet we often lack access to the support and guidance we need to navigate the loss of a beloved pet. This booklet seeks to guide and support pet owners navigating the challenges of a pet’s final illness, approaching death, and the grief that follows.Like humans, animals go through a dying process --not eating, sleeping more, withdrawing. This booklet helps readers recognize signs of their pet’s dying process as well as navigate end of life decisions such as euthanasia. Unlike humans, with our pets we have the option of euthanasia and the responsibility of determining when to end suffering and conclude treatment. Then there are burial decisions to consider and, finally, grief.For many of us, our animals are family, an important part of our lives. They offer unconditional love, joy, humor and comfort, and we grieve for them deeply when they die. We are often surprised by the depth of grief that we feel when a beloved pet dies – “it’s only an animal after all, what’s the big deal?” But grief for our animals is a “big deal.” This booklet helps pet owners understand and live with their grief.“My hope is that A Place in My Heart will bring direction and comfort to those facing the death and grief of a much loved pet.” - BKBarbara Karnes, RN, is an internationally respected speaker, educator, author and thought leader on matters of end of life. She is a renowned authority in explaining the human dying process to families, healthcare professionals and the community at large. Barbara now brings her compassion and wisdom to end of life care for our beloved pets."

I highly recommend this book for all pet owners. Sooner or later, sadly, they all say good-bye to us. Knowing the stages of dying and what specific behavior means can make it easier to make the right decision for both of you. I worry far less now about our other five cats, two of whom have cancer, than I did about Murjan. Knowledge brings peace, even in the face of grief.

(It was only after Murjan died, that I also found about the Birchbark Foundation that helps with expenses for sick animals -- and with grief counseling. Look for something like that in your neighborhood if you are in need.)