Guest Post from Ken Mogren: What Is a Sonnet? 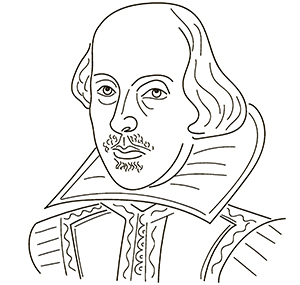 What Is a Sonnet?

The simplest answer is a 14 line poem. It can be about any topic. But if it doesn’t have exactly 14 lines, it isn’t a sonnet. Traditionally, sonnets have followed other “rules” besides the 14 line rule.

Another characteristic is some type of rhythmic structure, commonly called meter (or metre if you’re British). That means arranging the words so there is a rhythmic alternation of emphasis on the syllables within those words. In the Shakespearian form the meter is called iambic and puts the emphasis on every other syllable ( ta-tum, ta-tum ta-tum ta-tum ta-tum). Notice you just saw 5 ta-tums. When you have exactly 5 of those in each line, it’s called iambic pentameter, another Shakespearian sonnet characteristic.

Still another element of the sonnet is a shift in direction that takes place at line #9. The first 8 lines might introduce a topic or problem that gets clarified or resolved in the last 6 lines. The last 2 lines are what count the most. They might be a summation or a punchline, but the highlight of any good sonnet is what’s said in the final two lines.

Even Shakespeare didn’t always follow all the rules, and some very good sonnets ignore most of them, but they all have exactly 14 lines or it’s not a sonnet. 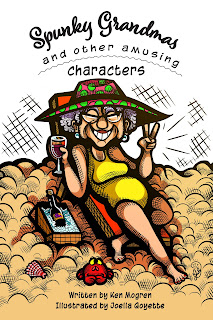 For more posts about Ken and his book of sonnets, Spunky Grandmas and Other Amusing Characters, click HERE.