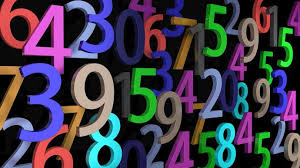 As my fitness training intensifies, I find that I am as overwhelmed with math, as I was as a humanist, in math classes as a child. I got the "necesssary" A in all my courses, but I took only the routine high school college-prep math courses and nothing fancier. Sometiimes, numbers become completely meaningless.

So, trying to put meaning into what is a good heart rate has become a nightmare of numbers rolling over me, of a cloud puffed high like a thunderhead, spewing showers of unrelated digits down upon me at night when the sorting out should happen during my sleeping hours, but it does not.

This past week I was at a conference. The fitness center had little equipment other than treadmills. And, the treadnills had just too much information:

BPM at 65% for each decade, ages 10-90 (guess not many centenarians find their way onto that moving belt)

I had been operating with one figure, which is a comforting way of operating. No need to balance variabes. That number was 172.

172 appears on my fitbit as peak. 172 is the highest number I reach when running. 172 is a number I usually reach when exercising.

In my first year of training (I am now into year 2), I learned that for may age, 69, my maximum heart beats per minute, should be 151 (the magic figure of 220 - not sure where that comes from - minus my age). By after a few months of training, I found my self just slipping upward toward 172 every day (a major change from my typical resting heart rate of 50-54).

My fitness trainer a while back told me 172 was okay. So did my doctor.

Now, the machines have added confusion to that okay -- and a whole lot of new numbers.

And then there are the words that go with some of the numbers: fat burn, cardio, peak. If I slip right past fat burn and cardio into peak, is that good or bad? Does that mean I am not burning any fat or not getting cardio exercise when I get to peak, or are previous benefits sunsumed in peak?

Argh! Sometimes, too much information is just TMI. I am glad my trainer will be back from her materinity leave this week. I have a lot of math questions for her!
BPM cardiac fat burn Grandma's Ninja Warrior Diary heart rate peak running treadmill