Excerpt from How My Cat Made Me a Better Man: Man vs. Cat - Signs You Might Be Overweight 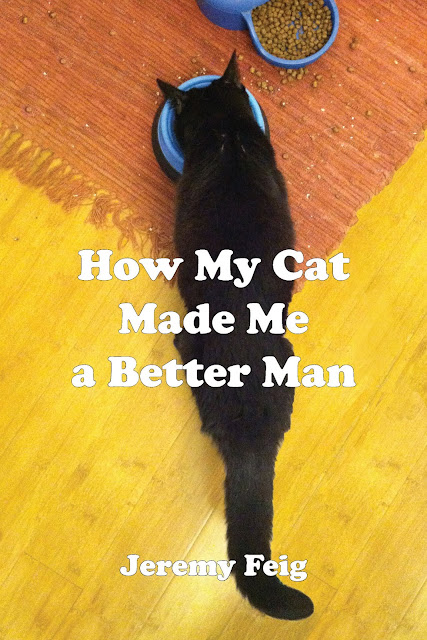 Body Fat:
Man: Losing sight of everything below the belly button.
Cat: Can’t lick below where her neck used to be.

Unexpected Side Effect:
Man: Growing resemblance to John Goodman.
Cat: Can use own blubber as a pillow.

Jeremy Feig is originally from a small town in slightly upstate New York. After graduating from New Paltz College, he moved to Los Angeles for TV and film production work before stumbling into a career in digital marketing. Jeremy spends much of his time working on creative projects, usually involving comedy. He’s written numerous screenplays and TV scripts, created original cartoons, and directed quirky short films. Jeremy lives in Santa Monica with his wife, young daughter, and large cat.