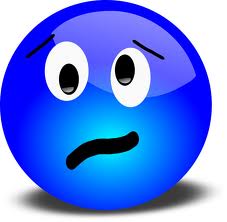 I have put off talking about this topic on Cancer Diary for a while because the memory is so painful. However, it did happen, and therefore it probably happens more often than one would think or hope. When it became time for Carl to go on hospice, we chose home hospice and looked forward to him being back home from the hospital with his family and having the support of professionals in our own.

Alas, that did not happen. Whatever could go wrong did go wrong -- and it would appear that with this particular hospice, it might have been regular practice rather than something going wrong. The easiest way to share is probably just to provide a list of everything that went wrong. (Any one of these might go wrong with any hospice, something caregivers should be prepared for. All of them going wrong is simply incompetence, uncaring, and abuse on the part of the hospice.) [In this list, Hospice C is the first hospice we worked with, the bad one, and Hospice B is the second one, the good one.

Hospice B turned out to be very responsive. Once the medical paperwork was made available to them, they sent two aides, and, even before getting all the paperwork, they provided all the needed supplies and the bariatric bed. Night and day difference! Alas, Carl survived only four more days. It would have been wonderful if all his days at home could have been comfortable. Half of the last days that he had on this earth were made miserable by the horrible Hospice C.

A friend of ours who had worked for years as a hospice chaplain in another state suggested that rather than sue Hospice C, which in our angry moments we considered, given that we had two lawyer friends who would have been happy to jump into the fray, but rather to seek action to cause change so that Hospice C would have to and would want to change its behaviors. We followed that guidance.

Our advice? It it becomes time for your loved one to be on hospice, ask a funeral director. They generally know which are the best hospices around.