Excerpt from Blest Atheist (Mahlou): Beginning of Chapter 1 (The Church in Siberia) 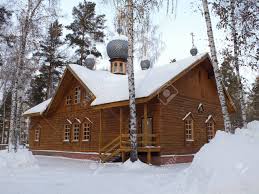 “Khristos voskres” (Christ is risen). One person after another greeted me with these words as I climbed the stairs of the little, wooden church in Akademgorodok, a tiny town at the end of the man-made Ob Sea, bejeweling the Siberian steppe 45 minutes south of the city of . The intertwining snow-covered birch and kedr (Siberian pine) trees created an illusion of a land of fantasy, made more so in the late evenings by the moon reflecting off the naked silver-white birch bark onto the dark red-brown trunks and evergreen branches of the pines. This was not yet the taiga; it was somewhat south for that, but nonetheless the birch and kedry stood closely side-by-side like brothers-in-arms against a hostile white and cold universe.


“V istinu voskres” (Truly, He is risen). If my words of response rang hollow, there was a reason. They came from the lips of a bona fide atheist, convinced that religious congregations were at least in part delusional. Certainly, they contained well-meaning folks, ones often with great compassion, but nonetheless, in my opinion at that time, delusional. Raised in a so-called Christian home and an attendee, but not engaged participant, in Methodist and Baptist churches in my early years, I found no sense in the sermons of the ministers who were often more interested in tangible things than in holy deeds, no examples set by the deacons who were often bedding the wives of their friends, and no love of God in the raspberry switches wielded by my parents that demanded their few ounces of blood every Sunday before we marched into church as a model family. God, to me, was a fantasy, created by evil-doers to make themselves feel better. When given a chance at the age of 16 to preach the Youth Sunday sermon, the topic of which was “The Christian Home,” I pointed out all of these things, to the great discomfort of the congregation. I concluded that sermon with the suggestion that considerable thought should be given to the advantages of raising a child without hypocrisy, i.e. in an atheistic environment. So ended my churchgoing days. Until now.
Now I was about to address another church congregation. It was the first time in 30 years I would speak to such a gathering. My family had been asked to leave the church and never return because of my youth sermon. Thus, I had spent the rest of my growing-up and adult years in the atheistic environment I had exalted back then.
Speaking the words of greeting as I mounted the steps to the vestibule of the church was not uncomfortable; they were, after all, meaningless to me. While I would have preferred another form of greeting, I had somehow managed to end up at this impressively humble Russian Orthodox Church on Easter morning. So, the greetings were to be expected.
As I reached the top of the stairs, a priest extended his hand. As I had been taught in advance to do, I kissed it. The priest smiled and said, “There is no need to follow our customs. I have been told that you are an atheist. I’m Father Grigoriy, and I am very happy to meet you at long last. I do need, though, to find some way to introduce you to the congregation. I have given this some thought and wonder if I may introduce you as a Good Samaritan?” 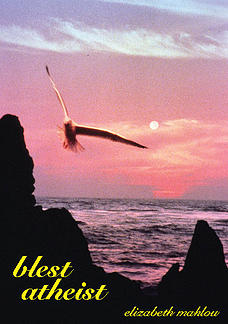