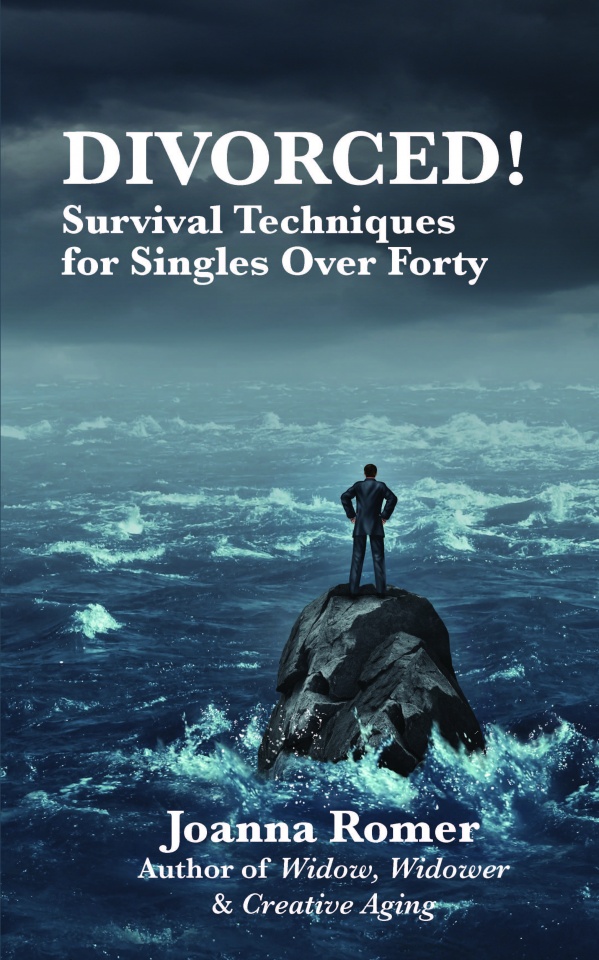 ELAINE LANGLEY
“Don’t  let a man make you unhappy.”
Elaine Langley is a slender, graceful woman with long flowing brown hair and a model’s face. She admits to doing some modeling before her first marriage (she’s had two), which ended in divorce in the late 1970s.

"The No-Fault divorce changed things,” Elaine told me, in discussing her first divorce. “You didn’t have to claim someone was having an affair and ruin their reputation.”

Elaine said the whole process was easy, because it was her choice. “I paid $150 to get the divorce. Ben didn’t fight me. I wasn’t upset.”

She explained that her husband Ben had broken her trust in him after only two years of marriage. “We had moved out to Wyoming so he could go to law school. Just a few weeks after we got there he said, ‘I don’t want to be one of these idiots. Let’s go back home.’”

Elaine was shocked, but she immediately got on the phone—they were living in married student housing at the time. She called one of the professors at the college where she’d been going to school and told him, ‘Looks like I’m coming back—has registration started yet?’”

Fortunately, Elaine was able to get back into her program. The couple returned home but they never really got over the upset. And then things became even more complicated.

“Ben was working on his M.S. degree when he got a phone call from his stepfather in Kentucky. His stepfather wanted Ben to go to work for him. So, Ben said to me, ‘Let’s go to Kentucky.'I was halfway through my Master’s program, and not happy about moving again.”
B
ut she went with him—again. They moved in with his parents temporarily. Elaine was able to enroll in a program at a university in the next town and complete her Master’s. She was happy there but Ben wasn’t.

“I had an opportunity to teach at a small college nearby and when I told him he said no, he wanted to go to Alabama and be near his grandmother,” Elaine told me.

To Elaine, this was pretty much the last straw. “I loved Ben, but I was upset because he couldn’t make up his mind. He was driving me nutty.”

She said what really broke them up, however, was the issue of having a baby. “I thought one day I’d have a child,” she said, “but Ben made it clear he would never want a child—after four years it became very clear.”

So, Elaine took the position at the college and Ben went to Alabama. She was still holding out hope, but not much hope.

Then, something happened that clarified everything. “I was starting the fall semester,” she said, “and I met this guy. He was at the school—he offered to drive me somewhere, and we went out for coffee. Our hands touched, and there was a spark. That was enough for me.
“I realized I didn’t have to stay married.”

Elaine felt some guilt—“I remember crying on the phone one morning and saying, ‘I’m so sorry’ “—but when she asked for a divorce Ben agreed.

She told me that it was the new man in her life, Paul, who made it possible for her to leave Ben. “I don’t think I could have done it without him,” she said. “I did feel bad, but I thought I was doing the right thing.”

Her decision was validated by the fact that her family supported her. “My mother had been married 29 years and then got a divorce. She said it was up to me—it was my life,” Elaine said.

Elaine and Paul lived together for a year and a half but then broke it off. “Paul was a transition person,” Elaine told me.

It was the Field Director who introduced them. “She said, ‘You gotta’ meet this guy, he’s such a good guy!’ She brought him to the office, and I thought he was cute but a little overweight.”

Richard ended up falling in love with her. “I was tickled because he was so smart. He was a lawyer, who was volunteering to work with N.O.W.,” Elaine said.

She was proud of him, proud of their relationship. He’d written a brief on  some of the women’s issues that were important to her. “I thought he was the best guy I’d ever met,” she said.

Elaine felt that their marriage was good, right up to the end. But she didn’t like how he was treating her, and found herself getting “bitchy”.

“He tried to control me,” she explained.

Elaine said that after they broke up her friends told her that Richard was never a feminist.  “I didn’t understand that,” she said.

But Richard’s actions were proving it. “He had fallen ‘in lust’ with a 22-year old, someone half his age. “He hadn’t made partner at his law firm, so maybe it was a mid-life crisis,” Elaine said.

Still, she was hopeful. Then one day she was feeling especially uptight and called her masseuse.  The masseuse suggested she talk to a psychic.

“I was in the office of my house, and the psychic started telling me what I was looking at. Then she said, ‘He’s replaced you in his bed.’”

Elaine didn’t think it was true, but a few weeks later, Richard told her he’d found someone else.

“He was standing in the doorway of the bathroom of the house we’d renovated together, and he said he didn’t love me, he loved this other girl,” she said.  “I went straight down on my knees, lost all my energy, and cried. I couldn’t believe it. I was mad. Not so much about him, but about the house I’d renovated.”

Elaine said her mother, always supportive, advised her to be done with him.

“I was angry at him for a long time because we were arguing,” she said. “I think he was abusive. I didn’t realize what abusive was.”

Elaine says that the lesson of her first divorce is that nothing is worth being unhappy. Having worked with women’s organizations such as N.O.W. for over 20 years, she’s learned that if it costs more to be in a relationship than it’s worth, she’s not interested.

But she is not against the idea of marriage, to this day. “My Ph.D. dissertation was about happy marriages. Just because I couldn’t do it doesn’t mean I don’t believe in marriage…..If the right person came along, I might be interested.”

Now, however, she has learned to trust herself, to believe in herself. “I learned from the first relationship—I gave him everything he wanted, I moved every time he wanted.”

Her philosophy these days is simple: “Life is too short to be miserable. You don’t want to be unhappy. I’ve not wasted my life. From the days of following the love of my life to wherever he wanted to go till now: being able to speak about it. I will not let something pass that needs to be dealt with.”
ELAINE’S ADVICE FOR THE NEWLY DIVORCED

“The bottom line is, don’t let a man make you unhappy.”
GUIDELINES FOR SINGLES OVER 40
1.   Turn to your family for support. A consoling family member can be just the person you need to ease you out of guilt, or even a depression.
2.     Consider Elaine’s philosophy—if it costs  more emotionally to be in  a relationship than it’s worth, your divorce was probably for the best.
3.       Don’t be surprised if friends tell you things about your ex that surprise you—and if it eases your conscience (or your pain), allow yourself to be soothed.
4.       A new love interest, even a temporary one, can go a long way toward smoothing the waters during an unhappy divorce.
5.       Follow Elaine’s lead and don’t let a divorce waste your life. Get involved immediately in worthwhile, productive activities.