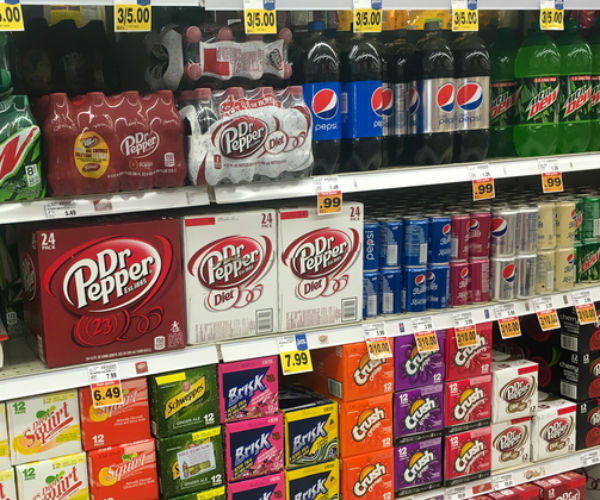 Yep. No typo in that subject line. I am 100% convinced that deit soda has nothing to do with a good diet if by diet you mean the attempt to lose weight.

Then, Carl was busy ubering, and there was no diet soda in the house -- for a couple of days. Time for tea!

Suddenly, without other explanation, a couple of pounds walked away. Gone!

The only difference that I could identify: no diet soda. That prompted some reseach--and, by golly, there is some science behind the connection between diet soda and weight loss, uh, make that weight gain!

Some studies have shown three reasons for weight gain (gain documented over a period of eight years) while drinking diet soda:

As if that were not enough, supposedly drinking diet soda has been linked with an increased risk of stroke (maybe from the higher blood pressure?) and increaed risk of Alzheimer's. Yikes!

So, perhaps all the time I was losing weight from keto, paleo, trainer, 900 calories tops, I was actually putting it right back on with the diet soda. Who would have thought!!

As for those brain cells, I cannot give them up to Alzheimer's. They are needed for figuring out how to handle obstacles.

Bye, bye, diet soda! Will follow the scale with heightened interest now. (In spite of my trainer saying to track how my clothes fit, not what the scale says -- gaining muscle and all that...)
diet diet soda mathemtatics weight