Excerpt from One Family Indivisible (Greenebaum): 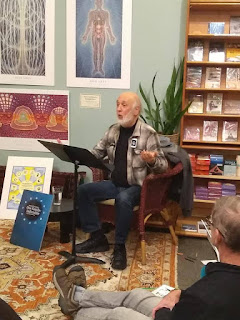 This is a spiritual memoir, not an autobiography. I will, in good faith, include everything I can remember that reflects on my spiritual journey — whether it reflects flatteringly upon me or not. By the same token, things that seem to me to have no spiritual relevance will not be included, whether they reflect flatteringly on me or not. I realize all this is subject both to memory and my own sense of what’s important. There’s no escaping that.

When I talk about other people, the reader should know that if I call someone Joe Smith, then the person’s name is Joe Smith. If I refer to a person as “someone I’ll call Joe Smith,” it means that the person is real, but for reasons of privacy I’m not going to use their actual name. What I can pledge is that what I say is what I remember — no tweaks or embellishments.

Speaking of memory, I have an important admission to make. From the time I was a child, two things have had a deep influence on what I remember. The first is that I have a mind for concepts, not details. In studying history, I can quickly grasp the “why” of even the most complex events but have a much harder time remembering the specifics and most especially the timing of the events. As a simple example, I can tell you why there was a “Tea Party” in Boston. But other than it came before 1776, I don’t remember the date or who was involved. When I was studying first my own language and then other languages, grammar was something I could grasp quickly. But vocabulary building has always been extremely difficult for me, and spelling next to impossible.

The second memory admission is perhaps the strangest. When I was a kid and people told me they could close their eyes and “see” something, I always assumed this was just a way of speaking. When people described vivid dreams, I always assumed they were just telling a good story. I no longer remember when, but it finally occurred to me that my mind works differently. If I look at someone and then close my eyes, I can no longer envision that person — even someone who is very important to me, that I have known for years. My mind’s eye doesn’t exist. When I dream, it’s like a radio drama. I don’t see things, I can only hear them. All this to say that when I remember something from my past, I can remember the facts of it and the sounds of it, but I have no ability to see it. None.

This is so foreign to most people’s life experience that it bears emphasizing. I have no visual memory … of anything.(I have only recently learned that I’m not alone in this [though it would have been strange if I had been.] There’s even a word for it! It’s called aphantasia. See http:// www.bbc.com/news/health-34039054.) When, later on, I say that my mother looked straight at me when she said something to me, it’s not because I can see her looking at me. It is because the incident was so emotionally charged that my mother looking eyeball to eyeball at me at that moment is burned into my factual memory. Still later, when I speak of one of my teachers with his head in his hands weeping as we entered the classroom, I can’t see it. I remember the fact of it because this is not something a student normally encounters when entering class. From time to time, my lack of any visual memory has gotten me into trouble, particularly with people who were offended when I didn’t recognize them.

So, as Walter Cronkite used to say, that’s the way it is. When I say, “I think I was around seven when,” it’s not that I’m being coy. It’s that I think I was around seven. But I might have been six, or eight or even five or nine. I don’t know. Unless I have a document to ground my dating, I can only guess (I did find some early report cards as well as my college transcript, and that’s helped with some dates). And unless what I saw was so emotionally powerful or specifically important that I memorized it, I won’t be talking about how something looked.

What follows then is how and why a child born into a Jewish family, who still walks the path of Judaism, grew up to become an Interfaith minister who calls all of humanity his family. 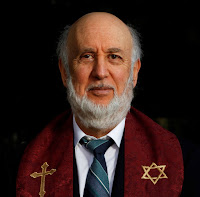