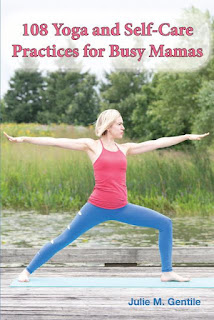 When you’re knee deep in work in the office or at home, gratitude is probably not the first thing that crosses your mind. Instead, you might have racing thoughts about how much you still have to do today or about things that aren’t going your way.

Enter gratitude practice. Gratitude is appreciating and recognizing the abundance already in your life. Among its many benefits, living in gratitude can enhance your optimism and expand your heart.

Gratitude is always there, but practicing it is a choice. Every thought you think, every word you speak, every action you take can carry the vibration of gratitude.

As I write this, I’m typing with one hand because my son is sitting on my lap, asking me how to spell different words. And do you know what? Instead of feeling like he is bothering me and redirecting his attention elsewhere, I’m grateful for his questions and his curiosity, and that he still wants to hang out with me. I know in a few moments, he’ll wonder off to play with a toy or find something new to do, but in this moment, I give thanks for this connection.

What are you most thankful for—your health, your family, your friends, finding time to spend on your passion? I am grateful for all of these things, and I find glimpses of gratitude in the smaller things, too, such as a favorite song on the radio and the soft, beautiful colors of the sky at sunset.

There are many ways to build gratitude. You can write about it, express it and share it. I offer four simple practices below.

1.     Think about what you’re grateful for before you even get out of bed. When you wake up in the morning, keep your eyes closed and place one hand on your heart. Silently name three things you are grateful for about the new day. It could be as simple as having electricity to cook a healthy meal or as big as celebrating your birthday.
2.     Write a thank you note to yourself or to someone else. If the note is to yourself, put it in an envelope and set a calendar reminder to read it one year from the day you wrote it. See how much your gratitude grows in a year. If the letter you write is for someone else, give it to them (if they live with you) or mail it unexpectedly.
3.     Say “thank you” more often. Find more opportunities to say these two important words throughout your day to yourself and to others. Look at yourself in the mirror and thank yourself. When you thank people, really look them in the eyes to make a connection.
4.     Meditate. With your eyes closed, place your hands on your heart. Think of the first thing that comes to mind when you think of gratitude. Take a few deep breaths into your heart space and silently repeat the name of that person or thing, sending gratitude and loving, positive energy.

This article originally appeared on www.juliegtheyogi.com. Reprinted with permission from Julie M. Gentile.

A Publisher's Conversation with Authors: Anatomy of a Successful Book (Commissioned Book) 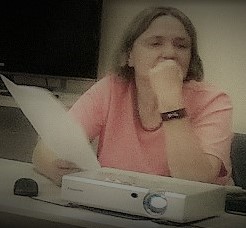 It is Tuesday. Time to tall turkey. Monday's madness is over, and Wednesday will take us over the hump, so Tuesday it is--for some serious discussion with authors. Tuesday talks mean to address authors in waiting and self-published authors who would like to go a more traditional route or who would at least like to take their steps with a publisher by their side Continuing with the samples of successful books, in this blog post I am including information of a book in the self-help genre; The Widower's Guide to a New Life by Joanna Romer. The book was recommended by US Review of Books and was selected as a finalist for the Book of the Year Award. How the book came into being: As editor, I proposed the book because I saw a market for it. I proposed the book to Joanna because she had written a similar book for Widows, which had sold well. I knew that Joanna had the writing and research skills to pull off a good book on this topic. Why the book sold: It filled a gap -- most of the
Read more