It's Caturday--and It's Sula, with a Couple of Christmas Pictures and More 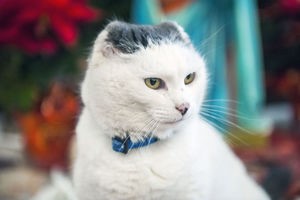 This Caturday, we are sharing some new pictures of Sula, parish cat at Old Mission San Juan Bautista, who has earned Internet fame and written six books (one in Spanish) and two more proposed.

For today, though, thought it might be fun just to share some pictures of the author herself, as she has appeared in various interviews and stories over the years. 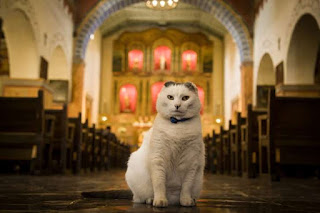 Photo by Klimek, for Guideposts Magazine. More from that article can be found HERE. 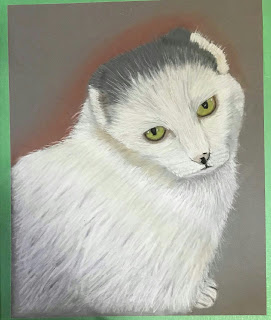 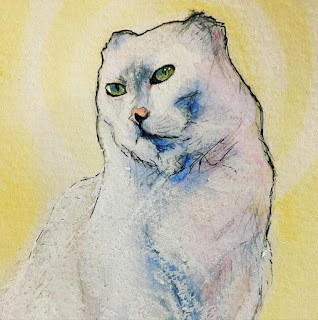 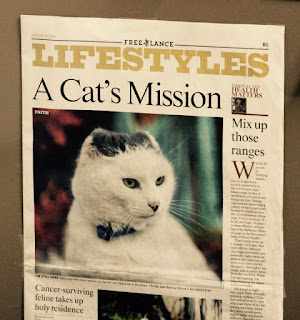 And the newspaper article with the photo above. 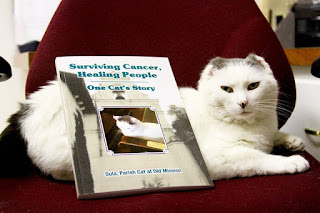 And another newspaper article: "Cat's Story Is a Tale of Hope" (The Hollister Freelancer; photo by Nick Lovejoy). 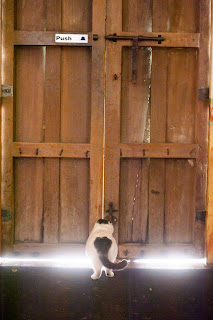 And yet another article, "Sula the Cat Is on a Mission in San Juan" (The Gilroy Dispatch, photo of Sula waiting for parishioners to arrive for morning Mass by Nick Lovejoy). 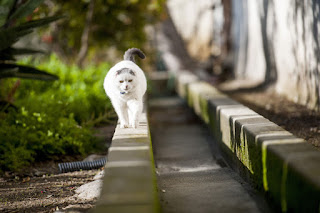 That article, with different pictures, can also be found in The Hollister Freelance (photos by Nick Lovejoy). 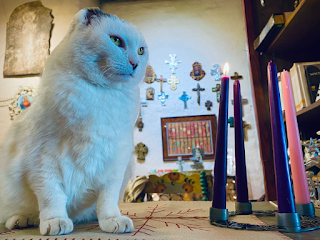 And it's ADVENT. Another candle to light this Sunday. Spend Advent with Sula on FaceBook. Follow HERE and/or read about the history and nature of Advent in her book, Christmas at the Mission. 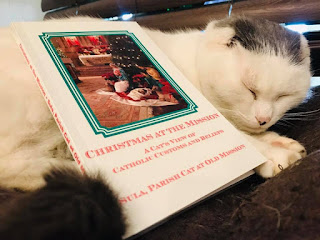 (Note: Please say some prayers for beloved Sula, who has helped so many people. Another form of cancer has appeared, a cyst on her hip near an injection site for vaccine. This happens sometimes. The cyst was removed a couple of years ago, but it grew back. A local oncologist has been offering services for free--may the good Lord bless her--and has now blasted the cyst, hopefully into smithereens. Sula has a 6- month survival projection if the cancerous cyst continues to grow, so she now needs some of the loving care she continues to give to others.)