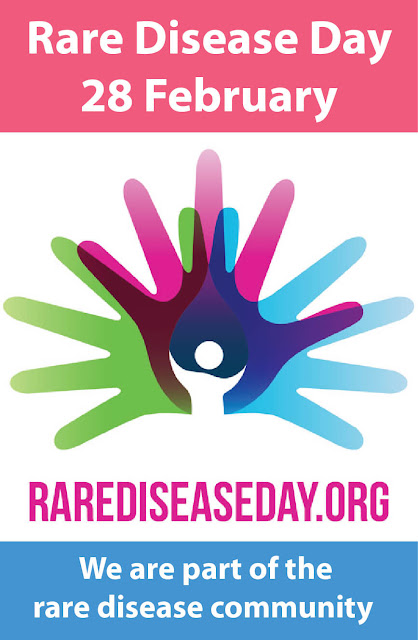 Rare Disease Day is an observance held on the last day of February to raise awareness for rare diseases and improve access to treatment and medical representation for individuals with rare disease.

Rare Disease Day is meaningful for MSI Press since one of its authors, Shenan (CB) Leaver suffers from CHARGE Syndrome. CHARGE is so rare that he is one of only a handful of survivors in his age group worldwide -- he has personally found four besides himself!

CHARGE Syndrome is a disorder that affects many areas of the body. CHARGE is an abbreviation for several of the features common in the disorder: coloboma, heart defects, atresia choanae (also known as choanal atresia), growth retardation, genital abnormalities, and ear abnormalities. The pattern of malformations varies among individuals with this disorder, and the multiple health problems can be life-threatening in infancy.

When CB was born 42 years ago, CHARGE was not even known! Now, 70% of children born with CHARGE make it to age 5. There are no stats yet for those who have survived past age 5, but there are quite a few new (relatively speaking).

How CB's mother kept him alive against all odds, including doctors saying there was no hope, is described in this dramatic Clan of Mahlou post: Stealing Doah. Doah is the pseudonym his mother used for CB on this blog.

To read more posts about CB and his book, Mommy Poisoned Our House Guest, which was also published by the St Petersburg State University in Russian as Наш отравленный гость, click HERE.