When Pets Are Dying (and Have Died), Owners Need Support, Too 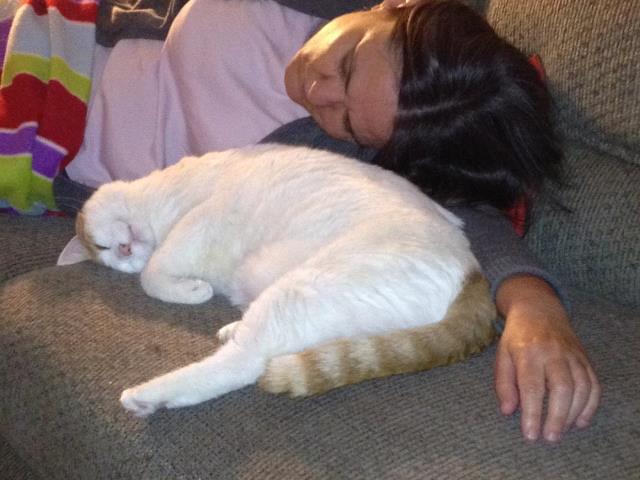 I have written a bit about the process of pets dying before, along with the ways in which vets can be (or not) helpful. In that post, I shared a book by Barbara Karnes on understanding the pet-dying process, which I had found very helpful and which would have provided me with a fair amount of relief and guidance had I known about while Murjan was still alive. It explained much about his dying process and death that was comforting in retrospect. You can read that post HERE.

In this post, I want to share the emotional aspects not only of the dying itself but also of the role of the support community (which should be supportive but in our case was not so, at least not to the extent that we needed and that could have been). As a result, my experience with Murjan's dying days were traumatic--more traumatic than they should have been because of lack of support from the veterinary hospital that should have been my source of support.

As I explained in the earlier post, Murjan had been followed by an oncologist at the hospital for more than three years, most of which time he had been on chemotherapy. Once he reached the point that he was obviously dying, it became clear that she did not know what to do and was not motivated to help me or him further. When I would try to make an appointment to bring him in. I would either not be able to get through to the front desk or be put on hold until the telephone itself gave up, creating the need to call back. Then, when I asked for an appointment, none were available except for months in the future. (They were indeed working on a short-staff basis, but I had the suspicion that they were told to put me off as much as possible.)

The oncologist was never available to talk to me, not once. I would ask to leave messages in her voice mail box, She did not return my calls unless I called several times. I began to feel like I was harassing her, yet all I wanted was some support in the form of information and education in the dying process (such as what I finally got from a couple of emergency room vets at two other locations -- who did not know Murjan but tried to help but him and me.)

The couple of times that I did get a call back, the oncologist had no suggestions. When I complained that I could not get through to her, she said the clinic was understaffed but that she had left a note that Murjan was a priority call. Really? Reality seemed to indicate something else. She also offered, which probably was a better indicator of reality that she had 30 new cats to take care of. (And so, the one she had had for almost four years no longer mattered because he was so ill?) When I told her that Murjan seemed to be going the way of Carl, who had just died of cancer the month before, she agreed. Full stop.

There is something in us that wants from our doctors and from our vets -- on an emotional level -- something I did not get:

The ER vet who was with Murjan was the same one who was with Intrepid; she was an empathetic soul. She could tell we were distraught -- more about the way the staff had treated us than about Murjan's death. We had said goodbye to Murjan while waiting with him in the car. Something apparently touched her about Murjan's situation (or maybe it was very sociable Murjan himself -- he had been in the ER a few times in earlier years, and he was the darling of the earlier ER staff, including this ER vet), and I was quite touched in turn when I subsequently received a note from the Birchbark Foundation that ER vet had made a generous contribution in Murjan's name.

I was also able to receive grief counseling from them. I still experience some grief. It is not just the loss; it is the trauma of his last days and what was not available to him -- and to me -- during that awful time.

Murjan was in no apparent pain. He was plucky, and he loved life, up until the very end. He was not, in my opinion then or now, a candidate for euthanasia. Most vets are capable of supporting pet owners as they go through the difficult emotions associated with euthanasia -- and they can talk about such things as euthanasia being best for the pet (and often it is, definitely so if a pet is suffering with no hope of getting better and a prognosis of getting worse). What they are not good at is supporting pet owners when a pet is deserving of a fighting chance or when it is clear that letting nature take its course will allow the pet a natural and not uncomfortable death (and a knowing -- to the extent that pets might be able to "know" -- chance to say goodbye in their own way, such has resting their head on a trusted hand). 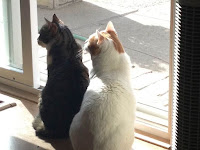 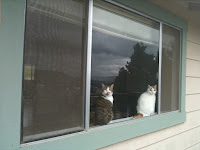 Murjan and Intrepid in a better time