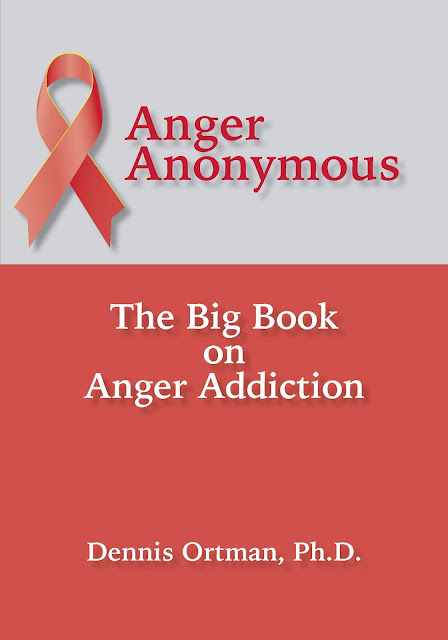 Anger is a natural energy, like fire. Our earliest ancestors witnessed the power of fire in lightning storms and raging forest fires. They also enjoyed the light and warmth it provided in their cold, dark world. It was like a god to them. They feared and worshiped it. They observed fire closely and came to appreciate its many forms and varying intensity, from a tiny flame to a roaring firestorm. They longed to find a way to harness and use its power for their benefit. Then, one day, some unknown caveman learned fire’s secret and how to start, stop, control, and use it. Life changed dramatically.

We spend a lifetime learning to manage the fire of anger that burns in each of us. Its power fascinates, seduces, and frightens us. We both love and hate it. Anger takes on different meanings for each of us. Some of us like our angry emotions because they make us feel hot and alive. They mean we possess power and control. Others hate them because  they makes us feel cold and empty. The emotion means we are powerless over ourselves and have lost control.

All of us seek to understand the secret of the power of this confusing and difficult emotion. By its nature, anger wants to defend, fight, and attack. We observe how it often begins with a subtle irritation, proceeds to an increased frustration and annoyance, and can become a rage and fury. The emotion can consume us, block clear thinking, and provoke irrational behavior. We long to discover ways to harness this energy.

If we are fortunate, we learn the immense benefits of anger well-managed. Anger is a natural stress response to a perceived danger, like fear. It serves a survival purpose. Darwin observed the savagery of nature, that only the fittest survived. Evolution advanced by the various species fighting for their lives. Like our ancestors in the animal world, in the face of danger, we instinctively fight, flee, or freeze. It is an automatic response, hard-wired into our brains and bodies. The intense emotional reaction to threat launches us into defensive action. We have a natural impulse to fight for our well-being.

For us humans with our developed consciousness, however, anger has many levels of meaning. Threats can be to both our physical and psychological wellbeing. Anger signals that something is wrong, that some important need is not being met, that a boundary is being violated, or that we are being treated unfairly. We experience a loss of wholeness. Like all the emotions, which are natural tendencies to action, anger motivates and energizes us to protect ourselves and protest against injustice. It is a power boost to assert ourselves in a world that can be threatening. When we use the energy of anger wisely, we gain a sense of self-esteem and self-control. Then it becomes a natural energy for personal change and growth.

All of us learn, from childhood and throughout adulthood, how to work with the fiery energy of anger. We develop our own unique styles that reflect our personality and temperament. A healthy, assertive style finds a balance between indulging and inhibiting this emotion. We know when, where, to whom, and how to express our anger effectively to achieve our goals. However, many of us lose a sense of balance and operate in the extremes. We may either under-control or over-control our aggressive impulses. The anger masters us, rather than the other way around.

The following are some examples of those who allow their anger to rage out of control. Rage rules them. Allowing their hostile impulses to go unchecked, they harm themselves and others. While they hate the harm done, they may love the feeling of power, control, and intimidation of others. Nevertheless, their lives become chaotic, risk-filled, and crisis-creating.

Martin, a former Marine with a temper:

“I’ve had a temper my whole life. People called me a hothead. But I also prided myself as a man of discipline. However, anger was always simmering below the surface, and I had to be on constant guard to keep it from erupting. That has been my most difficult challenge in life. Anything can set me off—someone looking at me funny or disrespecting me. I react instantly, without thinking. My temper has gotten me into  a lot of trouble. I’ve been in many fights and spoiled relationships. I don’t look for trouble, but I refuse to back down. I stand up for myself, and some people don’t like that.

I realize that I am a lot like my father who had a terrible temper. He used to beat us kids for the smallest infractions. I felt bullied by him. I promised that I would never let anyone bully me again. My parents fought all the time. Our home was like a battlefield. I learned that only the fittest survive. Fortunately, I am a survivor. Now my toughest battle is with myself, with my temper.”

“I was raised with high expectations. My mother taught me, ‘Anything worth doing is worth doing right.’ She was unbending with her demands. I raise my children to be the best they can be. I admit that sometimes I take it too far, and I nag them and my husband. Unlike my mother, though, I learned to control my temper. It takes a long time before I explode. I tell my family what I don’t like in a calm voice. It’s only when they don’t listen that I begin to yell to get their attention.”

Anger can be, for some, like a boiling pot of water. It may simmer for a while and suddenly boil over. Every now and then rageholics have to let off steam. Some come to a slow boil, while others become over-heated quickly. Depending on the sensitivity of the person, different experiences may stoke their fire. For example, some react to perceived disrespect, unfairness, or unmet expectations. They react differently in expressing their anger. Some become verbally aggressive with complaining, criticizing, or blaming. Others display their temper in physical violence. Still others keep their hostile thoughts to themselves. Harsh judgments constantly occupy their minds. The boiling anger within burns them, and the steam scalds others.

Other books by Dr. Ortman: 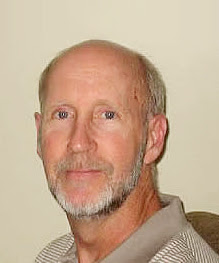 Read more posts by and about Dr. Ortman and his books HERE.