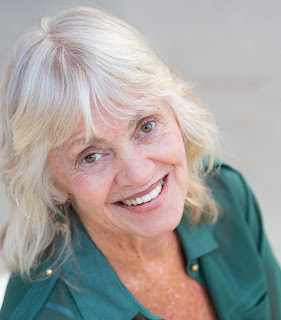 Book: Life after Losing a Child

Who are you? What do you want readers to know about you?
Pat Young has written for the Daytona Beach News Journal, South Bend Tribune, Flint (Michigan) Journal, Clarkston (Michigan) News, New Mexico Magazine, Silver City (New Mexico) Life Magazine, and other publications. She earned numerous awards for her writing, including National Newspaper Association and Michigan Press Association awards. She earned two media awards while at the South Bend Tribune. One of her stories (Giant Wind Harp in Tune with Nature) in New Mexico Magazine was chosen for inclusion in SIRS Discoverer data bases.

Why are you qualified to write this book?
Pat, and her late co-author Joanna Romer, are both widows. Though neither has lost a child, both women understood the painful bereavement process one goes through after the loss of a loved one.

What is the message of your book? What should be the take-away by readers?
This book tells the touching stories of a dozen families who lost a child, and coped in many different ways. The take-away would be that there is hope, healing, memories, and moving on from the tragedies in life.

What are you hoping the book will do for your readers?
I would hope, and I know Joanna did too, that readers might learn that life does go on, no matter how devastating the circumstance or event, after reading this book. The book also shares the ways many of the families interviewed for this book found ways to heal.

In your opinion, what is the most memorable detail (saddest, most surprising, most emotional, happiest…) in the book.
There were so many heart-wrenching stories, and so many poignant details, but I think the most memorable detail came from a former editor of mine, Kathy Greenfield, who lost her son to cancer. When her son knew he was dying, he made a list, “Craig’s Messages,” of important things in life, such as “live every day to the fullest” and “try to understand the people you love.” Kathy wrote down his list, and had it printed on tee shirts they used for a fundraiser in Craig’s name. I still wear that tee shirt – and think about Craig’s message.

Why did you write the book?
Joanna and I collaborated on ideas, and agreed on the loss of a child idea because we thought it would do the most good and heal hearts. Also, we both knew people around the country who had suffered this type of loss.

What was the most difficult part of the book to write? Why?
Every chapter was difficult, because it dealt with people’s painful loss, or discussed ways to deal with that loss.

Have you written other books?
This was my first book, but my dear friend and co-author, Joanna Romer, had written many. Unfortunately, she passed away just before we finished the book, and I had to complete it without her encouraging words to guide me.

Do you have plans for writing more books?
Writing is all I have known since I was in grade school. Joanna and I had an idea for a book about inspirational women sharing their stories of surviving change. In Joanna’s honor, I would like to pursue this book.