Excerpt from Jesus Is Still Passing By, With Secrets for a Victorious Life: A Big Fish Story 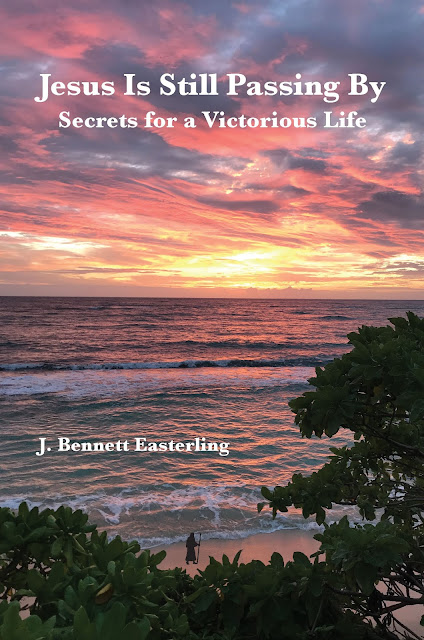 This book contains 100 miracles from the Gospels -- and similar true-story miracles for today, for a total of 400 (!!) miracles described, explained, and discussed in the book, with questions for individual or group reflection. Here is one of those miracles with its modern-day counterparts:

Peter and Andrew were fishermen by trade. They’d caught thousands of fish and no doubt loved to swap fish stories with their friends, but this particular fish story topped them all. Here is what happened:

One day as Jesus was preaching on the shore of the Sea of Galilee, great crowds pressed in on him to hear this charismatic street preacher. He noticed two empty boats at the water’s edge—their owners had left them and were washing their nets. Stepping into one of the boats, Jesus asked Simon, its owner, to push it out into the water. Then he sat down in the boat and continued teaching the people. When he finished speaking, he said to Simon, “Now go out where it’s deeper and let down your nets, and you will catch many fish.”

“But Master, we worked hard all night and didn’t catch a thing.” You can sense Peter’s skepticism that this rabbi is telling him how to fish. “But if you say so, we’ll try again.”

This time, fish began leaping into their nets. Quickly they filled so full, they began tearing. A shout for help brought their partners in the other boat, and soon both boats were filled with fish and on the verge of sinking.

When he finished speaking, Jesus volunteered to go fishing with Peter and Andrew. Not only that, he gave them an unsolicited fishing tip.

“Go on out where it’s deeper and let down your nets, and you’ll catch many fish. “Peter was caught off guard that Jesus was telling him where to fish. Yet something told Peter to humor Jesus or honor his advice.

“Master, we’ve fished all night and haven’t caught a minnow. But, if you say so, we’ll try again.”

Count Peter and Andrew as skeptics. They had little reason to believe Jesus knew more about fishing than they. James and John were doubters—they didn’t even bother to follow when Peter pushed out into deeper water. Yet, Peter hesitated to refuse Jesus. Maybe he’d seen and heard enough already.

Something about this fellow Galilean was pulling Simon like a powerful magnet into his orbit. Some inner compass caused Peter to waver and give in to Jesus’ fishing directions. While he doubted his fishing advice, he didn’t doubt Jesus. In fact, he soon turned his back on his fishing vocation to follow him.

Peter and all his companions were awe-struck at the huge pile of fish they had taken. Then Jesus said to Simon Peter, “Don’t be afraid; from now on you will be fishing for people!” So, they pulled their boats up on the shore, leaving nets and all, and followed him.

Now we see the main point of this big fish story. God had a plan—how about that? When we throw down our oars and take up his—wondrous things happen.     Just ask Peter. The Bible says a wise person is willing to be counseled…


Life Applications
Everyone Has a Fishing License

Dot and I went deep sea fishing on a party boat out of Panama City, FL. Now, I’m supposedly the fisherman of the family but thought it would be fun to take Dot along. You know who caught the biggest fish on the boat that day, don’t you? And she’s never let me forget it!

Her prize was a 26-pound Red Grouper—so huge she needed a galley mate to help her reel it in. Photos were dutifully taken. When we got back to shore, I was sent to find a cooler and hot ice to preserve Dot’s prize fish and take it back home to show off to family.

Back at home, more photos had to be taken. Our youngest daughter Talisa, five or six years old at the time, grudgingly stood beside the monster as Mom held it up to show everyone how humongous it was.

Now, wouldn’t it seem that such a fish story needs no embellishment? Yet, each time Dot retells it, her Red Grouper gets bigger and more beautiful—and delicious! Sour grapes? Who, me?

Fishermen sometimes get a bit carried away telling of the big one that got away, how many they caught, and showing with arms outstretched the size of the biggest one. And those fish tales get bigger and better each time they’re retold. (Surely, none of you have been so tempted?)

Jesus was fishing for souls. Here we find him surrounded by people, telling them about God.

We too are surrounded by families, neighbors, co-workers, and friends. Random people and strangers cross our paths. We interact with many who don’t know the Lord. Jesus wants us to become people persons, sharing the good news of God’s unconditional love.

Have you wondered why so many disciples were fishermen? One possible reason was that fishing for a living entails hard work. Rising before daylight, fishermen must round up their bait, nets, and equipment. They must stock their vessel with food and water. By daybreak they are out on the water working hard. When fish are feeding at night—as in this story— they often fished all night, coming home hungry, sleepy, and exhausted.

Jesus was looking for workers, not loafers to join his team. No armchair quarterbacks would do.

Jesus wants to know the same about us.


For reflection:
Do you think the Lord wants you tell others your faith story?  Will a loved one or co-worker or neighbor be in heaven because you did?

Seizing Opportunities
Jimmy Bennett, whose life story is highlighted elsewhere in this book, has an interesting way of approaching strangers in public places. He watches for anyone who appears to be ill, worried, sick, discouraged, or disoriented—anyone needing a helping hand. He approaches them with a friendly smile, asks if they are okay, and offers to pray for them. “Sure, I may get rejected but that doesn’t bother me, I just move on to someone else. You’d be surprised at how many people want to be prayed for—and are open to receiving Christ.”

Be Open to the Spirit’s Leading

Heather must have been born with a tender heart. When she was old enough to begin babysitting, she chose instead to tutor and help autistic children and those with special needs. Growing up in a family of cat lovers, she stops to pick up and rescue stays left along the roadway. In high school while working during the summer, she found a crippled kitten abandoned in a hospital parking lot and was moved to tears. She brought him home, adopted him, named him P.J., and began nursing him back to health.

At first, P.J. could barely walk, falling and lurching sideways because of what was either an injury or a birth defect. With tender loving care, P.J. became a beautiful and healthy companion.

Understandingly, over the next 15 years P.J. could hardly bear for Heather to leave his side. They became nearly inseparable—all because Heather looked with compassion on one of God’s desperate, abandoned, vulnerable, defenseless creations and responded in love. Do you think Jesus was pleased?


For reflection:
Can you recall a time you feel sure you were Spirit-led? When have you pushed out into the deep when it seemed counter-intuitive? (How did that turn out?)

Read more miracle stories in Jesus Is Still Passing By, With Secrets for a Victorious Life -- or use the Study Guide edition with friends or a Church group, together or via Internet while sheltered in place.

For more posts about this book and by and about its author, read HERE.