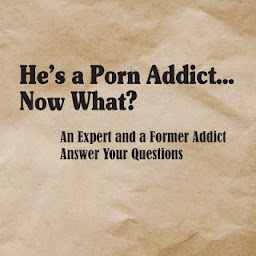 How do I know if he’s actually an addict? 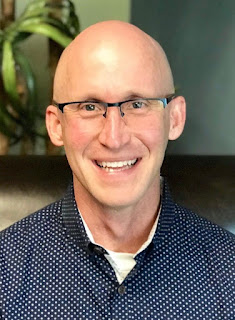 To be clear, until recently, there wasn’t anything in either the American Psychiatric Association's Diagnostic and Statistical Manual of Mental Disorders (DSM-IV) or the World Health Organization’s (WHO) International Classification of Diseases (ICD) that talked about sexual addiction or pornography addiction. Recently, the WHO updated the ICD to include Compulsive Sexual Behavior Disorder (CSBD) as a mental health condition. While this designation doesn't exactly meet the standard for addiction, it is definitely the strongest statement made by a body of experts in the field of sexual mental health.

Let me share a very 30,000-foot view of what is happening to the brain when viewing pornography.  When a man watches porn, his brain releases the feel-good drug, dopamine. There is some fascinating research around what is called “The Coolidge Effect.” The idea is that a male will mate with a receptive female once, and then he can experience a period where he is not interested in mating. However, if you bring in another receptive female, he will then mate again, and so on and so on until he, in essence, can no longer move, almost to the point of death. This phenomenon has been observed in many different species in the animal kingdom.

What is happening is that the “lower brain” or “reactionary brain,” was designed to see a female who could possibly help the male bring forth kids to assist in tilling the land and harvesting food. So, his brain pours out dopamine in order for him to hyper-focus on her, do to whatever it takes to convince her that he’s her man!

What research now shows is that the lower brain can’t differentiate between the real woman in front of it or the pictures and videos it’s seeing on a computer screen. So, it will see another “willing female” and pour out dopamine saying, “I need to get her, too!”

But now with an endless supply of “willing females” the brain continues pouring out dopamine basically creating a dopamine binge which kills off many of the dopamine neuroreceptors in the brain. This causes the brain to need to see more or do more to get that same rush as there aren’t as many dopamine receptors there to receive the feel-good drug. The addict will start to look for more, sometimes shocking, or twisted, or taboo, things to get the rush. Sometimes, this can lead to people experimenting with people outside of the relationship because they simply want that dopamine rush.

Typically, there is a period of time before a pornography addiction becomes a full-blown sex addiction where the individual will begin to explore what it would take to actually find a partner to have sex with. Sex addicts are not looking for a long-term relationship; they just want a quick fix. I’ve had many clients in my office explaining the progression from just viewing pornography, to exploring sites that will allow you to connect virtually with someone online, and then to ultimately finding ways to meet up with a real individual for the sole purpose of a sexual encounter.

With other types of addictions, you often hear the term “gateway.” An example would be marijuana as the gateway drug to harder substances. While your partner may not be there yet and may never get there, I have seen too many situations where pornography was the gateway for acting out sexually. Anecdotally speaking, I have never had a sex addict that hadn’t first been addicted to pornography. I have also had clients with severe addictions to pornography that have not acted out sexually. 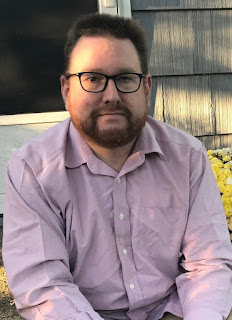 It’s just my preference, but I don’t like it when the term “sex addiction” is used to describe my pornography addiction. Let’s be honest, when someone says, “That celebrity just admitted to being a sex addict” do you think to yourself that the superstar is dealing with an appetite for pornography or an appetite for intercourse?

I think intercourse, too.

I am not somebody who cheated on his partner, and while I know that will be said elsewhere in this book by both Tony and me, a pornography addiction does not mean that your partner was cheating on you in real life with another person sexually.

I have met plenty of intercourse addicts, and just on the surface, they seem to crave adventure and danger far more than pornography addicts like me, who crave control. I’ve always been the kind of overly-cautious person who almost never seeks adventure and danger. Sitting in a room looking at pornography in the middle of the night, hoping nobody in the house would wake up was about as daring as I could get.

I’m not here to tell you that looking at pornography, talking to women in chat rooms, or the physical act of intercourse outside of your relationship are all the same on the level. I’ve met women who consider pornography use to be as bad as cheating. This is one of those gray-area situations you’ll have to decide for yourself if you find pornography use escalated.

As a former addict, I see a big difference. I believe my wife does, too.