Cancer Diary: The Frustrations and Obfuscations of Cancer of Unknown Primary (Occult Cancer) 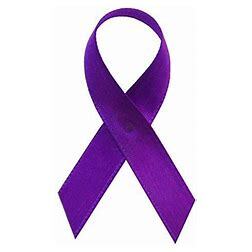 Carl, whose experience launched this blog and the MSI Press's Carl's Cancer Compendium (CCC) died after a very short 5 months post-diagnosis of occult cancer, or, as the official term goes, Cancer of Unknown Primary (CUP).

Carl fell February 23 and went to the local hospital where staff found advanced stage 4 metastatic cancer in five organs and subsequently transferred him to Stanford University Hospital, stating he would not likely return him. He did return home, for a brief four months--and he died at home on hospice almost a month later, having spent only 10 days in that capacity.

Stanford spent almost a month trying to determine the original cancer that had spread to these five organs (none of these organs was the original.) That is the problem with CUP. Finding the original seems out of reach and a guessing game. The doctor made his best guess, based on the spread pattern, but the cocktail he came up with for chemotherapy while doing no harm also did no good.

The problem with CUP is that has already spread so that it is too late for tumor removal by surgery. Radiation is out of the question since it would have to include the entire body. Any targeted therapies (DNA/gene therapy, immunotherapy, effective chemotherapy) depend upon knowing the organ where the first tumor appeared, and with CUP that, so far, is not possible to determine. So, the doctor was left with chemotherapy because generic chemicals can be used, like throwing multiple colors of paint on a wall and hoping somehow the wall will get painted and look okay.

Carl fell again July 23 and went to Stanford, where it was determined that the treatment he had been receiving had done nothing to slow the rapid march of the cancers throughout the body and into the lymph system. He was transferred to a subacute care facility where caregivers were unable to improve anything about his condition; rather, he continued to slide. On August 4, his oncologist from Stanford called and told him that in addition to the continued spread of the cancer within the organs where it had been found, the cancer had moved into the lymph system from where it could go anywhere and that there were blood clots in his legs and lungs. He presented three options: hospice, a different chemo treatment (which he did not recommend because he had already given him the strongest combination of drugs with no effect but was willing to try something else), and enrollment in a clinical trial (but that takes time and Carl was out of time). Nonetheless, the doctor left the choice to us. We chose hospice as the most reasonable choice, one that would would give us at least some peaceful time together (we had no idea how little time that would be). On August 7, Carl was sent home on hospice.

CUP is deadly because the cause is unknown; therefore, the treatment can only be guessed and usually is ineffective. The disease is an aggressive, allowing little time for doctors to figure out things or enter a patient in a clinical trial; it is always diagnosed at the advanced metastic stage (IV). Because the cause is unknown, specific risk factors are unknown although general risk factors, such as comorbidities, have a negative impact on all cancers. Because so much is unknown and the cancer is so rare (2% of all cancers), little research has been done or is being done. Diagnosing it early right now appears impossible, and symptoms are not clear. The only thing clear is that longevity is very, very short.

Living with CUP with Carl was a frustration for both him and his family. For every question, the answer was we do not know, but generically this or that might help alleviate something or might help explain something. The answer was always that perhaps if it had been caught earlier, the primary would have been known. When searching for the primary, Carl's oncologist was optimistic about the ability of Stanford to control even Stage 4 cancers--as long as he could find a primary. He could not find it; he tried his best to divine it; he was seemingly wrong (it would have taken a wizard with incredible good luck to divine it); and, in spite of the doctor's, Carl's, and Carl's family's valiant efforts, Carl died quickly.

Thus, we too had to make decisions based on obfuscated and non-existent information. Focus on living or  focus on dying? Treat or palliate? Push or support? Manage diet carefully for whatever was known, such as hypercalcemia, or allow pleasurable eating? Lose weight or maintain weight although obese? The answer after one round of chemotherapy seemed to differ than after another -- and none of it, apparently, did any good.

It is not surprising, then, that there are almost no blogs or websites dedicated to CUP and only a rare few that even mention because it is rare and almost nothing is known. CCC, while taking a broad view of the range of cancers one could meet, has a special interest in CUP, has links to just about all the information that is currently known, including some limited advice, and is laser-focused on ensuring that anything new appears on the webpage immediately. If someone you know has been diagnosed with CUP, start there. CCC can save you time in finding the limited information available and in folding in new information as it appears.

To read other blog posts from Cancer Diary, click HERE.

Blog editor's note: As a memorial to Carl, and simply because it is truly needed, MSI  is now hosting a web page, Carl's Cancer Compendium, as a one-stop starting point for all things cancer, to make it easier for those with cancer to find answers to questions that can otherwise take hours to track down on the Internet and/or from professionals. The web page is in its infancy but expected to expand into robustness. As part of this effort, each week, on Monday, this blog will carry an informative, cancer-related story -- and be open to guest posts: Cancer Diary.