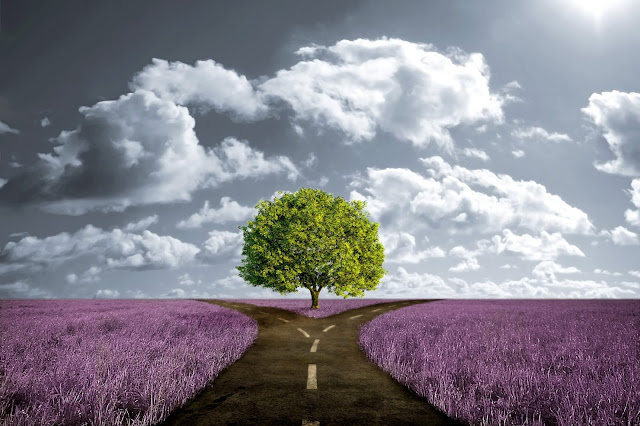 In March, Carl was diagnosed with advanced stage 4 (metastatic) cancer of unknown primary. In August, he died.

When we got the diagnosis, we had to choose a detour from our normal life. There was no way to move straight ahead with life as usual because, you see, there was this big obstacle, called cancer, straight ahead. So, the question was to detour to the left and choose a treatment option, hope, and focus on the living or detour to the right and let nature takes its course, choose to accept the situation at face value, letting nature take its course, and focus on the dying. To fight or to surrender? There was no logical superiority of either path, not knowing what lay behind the cancer tree and how long was the path for it  continued out of sight.

So, we focused on living, on fighting the good fight, and the oncologist was fighting in our corner. Chemotherapy every other week. Multiple ER trips for infusions with bisphosphonates. An exgivia shot to control hypercalcemia once every month. And two big bowls of daily pills. (We even squeezed in the Covid vaccinations when they became available.)

The path grew rockier with stones and ruts as we continued down it. Carl went from needing tine with stairs to needing a cane, then a walker, then a wheelchair and chair lift, then a wheelchair pushed by others and a Hoyer lift in rapid order. We could not keep up as every 2-3 weeks he grew weaker and needed more support. We stumbled over the rocks and through the ruts. Relations periodically became strained, improved, and strained again as we could not find help with caregiving; first, there was Covid and no one was available, and second, we had insufficient time to look, interview, and convert an office into a bedroom for someone to live-in and help. We were rural, so the hospital support system did not reach all the way to us. And no one in the immediate family was an experienced caregiver, meaning that spousal care was essentially all that was available, and a spouse operating from 2-3 hours of sleep a day, holding down a job, and providing care to the two handicapped adult children eliminated much capacity for patience and compassion.

And so we stumbled, fought for life, raged against the dying of the light (and, sometimes, in general), until 12 days before Carl died. At that point, the oncologist delivered the bad news that the chemotherapy was not working and recommended hospice. In-home hospice provided respite but came too late. From the date of the diagnosis to the date of death, because we had chosen to focus on living, we had only 12 days to deal with dying, but, thank the good Lord, they were quality days with much-diminished stress, and his death was peaceful. He felt almost no pain even with almost no painkiller throughout the five months of living with cancer and, in the end, simply stopped breathing while sharing a night of slumber in the same room with his wife, children, and cats.

One reality we had not considered when we chose, by habit, to focus on the living is that the focus on living with your children was at the beginning of life. They were growing; medicine was improving; day by day changes were positive ones even if uphill; time was on their side. With Carl, we were dealing with the end of life. He was devolving, not growing; medicine could not possibly improve fast enough to help with a poor prognosis like cancer of unknown primary; day by day changes were negative ones and all downhill; time was not on his side.

Our sister-in-law, Erica, made a different choice a decade earlier. Diagnosed with stage 4 lung cancer in January, she decided not to treat the cancer. Some of the choice was out of her hands; she did not have health insurance. Even so, her first choice, in many things, was to let nature rule. She focused on the dying, reading classical and spiritual literature along those lines, and spending much tine in communication with her pastor and bishop, which seemed to bring her comfort. She lived another 11 months and died fairly peacefully, albeit with some pain, treated by morphine, in an in-patient hospice. Her relatives had visited her regularly during her stay.

I have often wondered if we would have been better off focusing, like Erica, on the dying rather than ignoring it, denying it, and raging against it, depending upon the day and circumstances. We likely would have experienced higher quality days in terms of relationships, time for relations, and opportunities to process the reality experienced and the reality ahead in calm and supportive ways. Yet, I also know that we are people of the fight, shaped that way by life experiences. I have to assume that had we chosen the other path, the one with fewer rocks, no ruts, and time to roll along side-by-side in a more comfortable chariot, with only five months to be had, that we would have have regretted not wielding the sword to gain just one more day.

Yes, a conundrum, and a choice that often has to be made without good advisors and immediately, Instinct then comes to the fore. In situations of limited time and high stress, we become who have always been. I am just beginning to accept that, to put wishes to have chosen differently aside, and to leave personal blame along that rutted road as I take faltering steps along an entirely new and blessedly smoother path, with my sorrows wrapped in a bundle that, for now, trundles carefully along with me until such time as I will no longer need it.

Blog editor's note: As a memorial to Carl, and simply because it is truly needed, MSI  is now hosting a web page, Carl's Cancer Compendium, as a one-stop starting point for all things cancer, to make it easier for those with cancer to find answers to questions that can otherwise take hours to track down on the Internet and/or from professionals. The web page is in its infancy but expected to expand into robustness. As part of this effort, each week, on Monday, this blog will carry an informative, cancer-related story that is open to guest posts: Cancer Diary.