Excerpt from A Woman's Guide to Self-Nourishment (Romer): Self-Nurturing or Entertainnment? 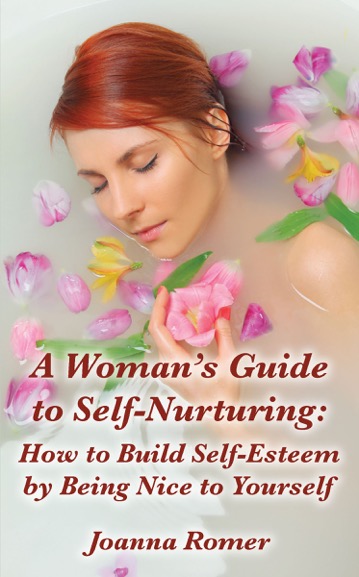 We all like to be entertained. The trouble is, sometimes entertainment isn’t as satisfying as we think it should be. The reason for this is because, instead of nurturing us in some way, the entertainment drains us, even makes us feel bad about ourselves.

What kind of entertainment does this, and how can we avoid it? A little bit of forethought will usually do the trick. Take movies for example: perhaps we are assiduous in our efforts to avoid violence in films—we just don’t like it. But many of the movies out today contain violence, whether we like it or not. (This was explained clearly on the PBS special “Makers”: most movies, it seems are geared for men, and men, according to this special, like to see something being blown up or somebody getting shot.) So suppose you’re going to a movie with a man—husband, brother, male friend—and he is gravitating toward a really violent flick, while you’d like to see something like “The 100 Foot Journey” with Helen Mirren. He won’t sit through that, but you could compromise with “Lucy,” starring Scarlett Johansson. This film does have shootings and things getting blown up, but it also has a women’s empowerment theme almost as edgy as “Thelma and Louise.” (Now, you probably didn’t mind that violence, did you?)

So there’s a trick to getting the right entertainment—if it provides a little ego boosting, you may be able to tolerate the shoot-’em-up style (with “Lucy” it’s not too much, and you can always close your eyes).

What about TV? Are you spending your TV time watching those crime dramas that focus on sexual perversion and other horrors? Granted, there are quite a few of them out there, often disguised as something else. No matter how well done and how many notable actors are involved, after a while, it’s going to get to you. A constant diet of the victimization of women may be entertaining to some, but it’s certainly not self-nurturing. Try “Downton Abbey” on PBS, or if you want to watch a crime drama, “NCIS,” with Mark Harmon, is usually palatable.

Entertainment in general is never going to be as nurturing as involving yourself in a project where you are actually participating, rather than just sitting there, passively watching. But if we can go to a concert where the music touches our soul, or a movie that makes us laugh, or a dance performance that inspires us to get up and move, we can make entertainment self-nurturing. And that is just what we ought to do.

GUIDELINES FOR ENTERTAINMENT VS. SELF-NURTURING

2.               Avoid crime dramas with too much sexual perversion—remember, it’s hard to “unsee” what you’ve seen. A constant diet of the victimization of women cannot help but make you see women being victimized as the norm.